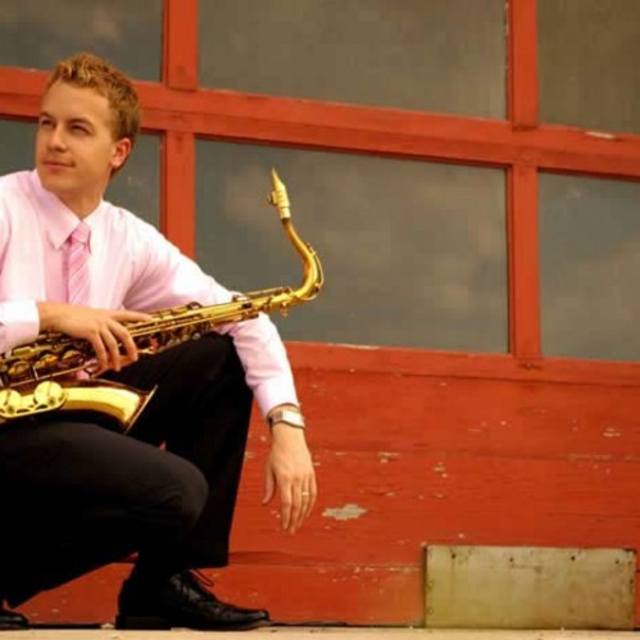 Besides jazz I also perform in a Salsa-Merengue band and a Brazilian choro/pagode/bossanova group (I'm the only gringo in those groups!).

Jazz is an American original. An event with jazz is a step above the rest: the class and sophistication make it something people will remember. You can hire a DJ or just plug in your iPod if you want something cheap. If you're looking for something truly memorable, hire a jazz band for your next event.

I recently returned from Japan where I played jazz music on my saxophone six nights a week in a luxury club outside of Osaka. Before that I resided in Dallas, Texas where I played regularly with great jazz musicians from the University of North Texas, famous for exporting high-caliber players.

I've performed at numerous outdoor festivals including both Salt Lake City's and Provo's first night celebrations, the University of Utah's May-Fest, the Crescent Jazz Festival, Ogden's Harvest Moon Festival, and the Salt Lake City Arts Festival. I was even invited to perform one night on top of a mountain in pitch black during a meteor shower for an organization's annual party!

My client list includes Novell, Tahitian Noni International, Countrywide Financial, and the Park City Jazz Foundation among many other smaller companies and private parties. I've performed at wedding ceremonies of local celebrities like Terry Wood of Channel 4 News and have traveled for performances all over the United States and abroad, from Vancouver to Miami Beach and everywhere in between.

Here are some things people have said about my groups:

"I really enjoyed the music this band played for our company dinner last night. The music was soothing and relaxing so that conversations with others were enjoyable and memorable of having a really good time. The band mixed up the songs to include soft and smooth to toe tapping dancing music. The drum solo was just out of this world and so much fun to hear. When they played Disney's 'Wish Upon a Star' I was pleasantly surprised because I'd never heard it played in that genre before. I would recommend this band for any occasion because I believe they could fit the bill and play anything you had in mind."
Tina Rodriguez; Crossmark corporate Development Group; Dallas, Texas

"Thank you so much for playing at my wedding, I loved it! The whole town (seeing that it is very small) is still talking about how your band made the wedding so amazing. You sounded great. I myself have played for weddings (I play the violin I don't know if I told you) so I know how much time is spent preparing for wedding. You and your band did a great job at setting an amazing atmosphere. Your price was so reasonable and worth every penny, thank you again for everything."
Janel; Richfield , Utah

"It is a wonderful opportunity to play with a player as versatile and proficient as Rob. With such an extensive repertoire, he is easily capable of a wide variety of styles in any setting. His highly impressive improvising skills, whether on sax or flute reveal that he has a true passion for playing jazz."
Jeremy Emmert, guitarist; Irving, Texas

"I was blessed to have found Rob Bennion online, when looking for someone to play the saxophone for our Grapevine Ribbon Cutting. Rob arrived at the branch an hour before scheduled to play and was humble and patient as we worked through the last details of setup. Once the event started, we received a number of compliments on Rob's music - it really added to the ambiance. I am extremely happy with Rob's professionalism, presence and overall ability and look forward to referring him to other corporate clients. Rob, you truly made our event shine and may the Lord bless you for it!"
Sajata Hale-Williams, OmniAmerican Bank; Grapevine, Texas

Thank you for taking the time to review my message,
Please visit .RobBennion for sound clips and photos.
.RobBennion
(801) 636-8640

My favorite jazz tenor players are John Coltrane, Michael Brecker, and Joshua Redman; Dave Valentine on flute; Buddy Defranco on clarinet, many others. I like the effects of Skarik (of Garage-a-trois with charlie hunter and Stanton Moore), and like the sounds of Medeski Martin and Wood, also like much of popular music of all styles, from electronica to rock, I just like good music.

I play a vintage Selmer tenor sax with an Otto Link metal mouthpiece. I use a digitec vocal effects processor to create harmonies/effects. I use a Selmer clarinet and Buffet flute, also own antique conn (cerca 1920) tenor sax, yamaha alto sax, and various bamboo flutes from costa Rica (a pan flute and tranversal flute).