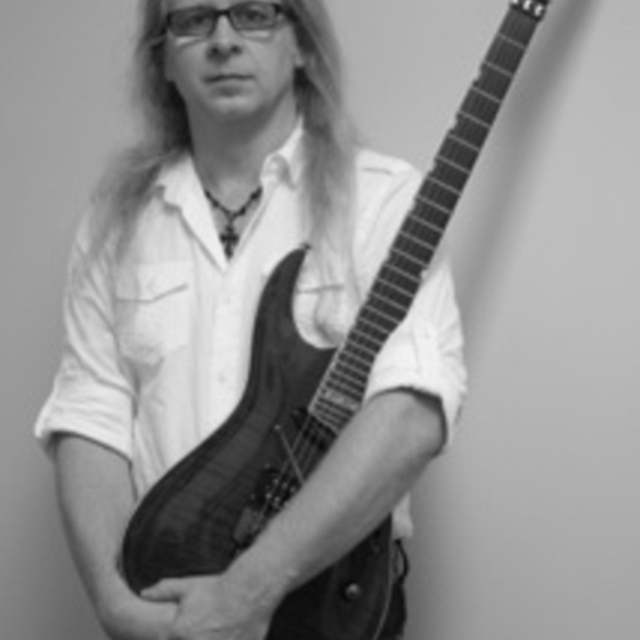 For the past decade, Charlotte, NC based guitarist Robert Bussey has been the musical mastermind behind Attic Symphony, his instrumental Progressive Rock / Metal project. Based on what he likes to call "Rock guitar with a symphonic flair", there are three diverse sounding Attic Symphony albums in which over the course of, listeners will draw connotations between between Jeff Beck, David Gilmour, Trans Siberian Orchestra and Dream theater (with a dash of Brian May and Pat Metheny).

His most recent, the 2011 "Attic Symphony III - The Moonlit Attic" (currently available at ://robertbusseymusic/the-moonlit-attic)is based on an end times short story by the same name in which two fiery classical composers, in a battle between good and evil, engage in a musical showdown that sets into motion a prophetic biblical endgame. The title track has gained quite a few fans worldwide through Radio Airplay (formerly Jango) particularly in Israel, Greece and Canada.

2007's Attic Symphony II - Cold Vast and Severe (://.cdbaby/cd/AtticSymphony1) is based on the C.S. Lewis concept of Northerness, a spiritual longing that would come over Mr. Lewis as a child in which he described it as an emotion that was cold, vast and severe like northern skies and a hunger that was a satisfaction in and of itself. Robert strives to put that emotion to music over the course of the entire album in which according to one reviewer, said she was transported to a beautiful frozen land.

2004 saw the CD Baby release of the Attic Symphony self titled debut comprised primarily of an instrumental retrospective in which Robert, along with bassist Dan Wilkinson, revisit the music of their late "eighties Christian metal band Taker and gives it a progressive spin. Speaking of Taker, Roxx Records just released a Taker anthology CD which has garnered several rave reviews and the two disc limited edition sold out before the release date (://roxxrecords.storenvy/products/9234127-taker-it-is-finished-2014).

Last year Robert released through his website, a Prog Metal Christmas song entitled Polar Expressions, in which he takes the listener on a musical thrill ride to the North Pole and back. A more concerted promotional effort of the song is planned for the forthcoming holiday season. Robert recorded it and rushed the release of it last year to raise money after his wife was broadsided by an intoxicated driver, totaling their car and putting her out of work for the month of December. Having now recovered, a more enjoyable promotional effort of this epic song is anticipated for this year!

For the 2015 year, Robert has teamed up with his former band Armageddon to release a long awaited follow up to their 1990 R.E.X Records release "The Money Mask" which was remastered and re-released a few years ago. This brand new album is being produced by Joe Hasslevander (Raven, Pentagram, The Hounds of Hasslevander) with a special guest appearance by John Gallagher, bassist for Raven. Joe is handling drumming duties as well. Recorded at Polar Bear Lair Studio in Middleton Md on Blair Witch Mountain, the band has captured that distinct European Classic Metal vibe with hints of Doom courtesy of Mr. Hasselvander and a symphonic flair or two courtesy of Mr. Bussey (://./armageddonusa).

To stay on top of all the current happenings surrounding Robert's career including his new Progressive guitar instructional program he calls "The Stuff Of Legends", you can go to ://.robertbusseymusic/ and join his list of Symphoniacs!