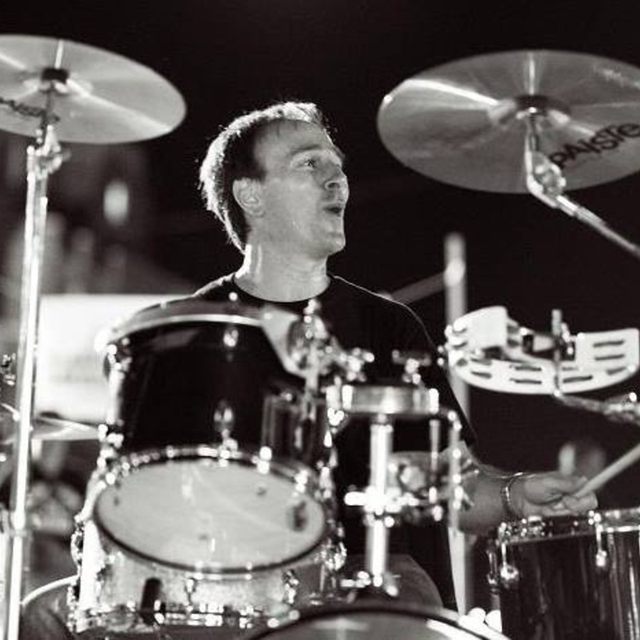 Hi all on Bandmix! I am new to this site, and I'm looking for a working band (cover, original or a mix of both) that's the right fit and singer/songwriters who need to work out their songs with a drummer for recording. Most of my playing experience was with an all original band, The Dwellers, that crossed the genres of power pop, alt rock, hard rock, country by way of how the Stones and the Monkees would use it. I would characterize my playing as classic influenced and currently mindful. The Dwellers were fortunate enough to land a major label deal with EMI Records in the mid 90s and we experienced a lot of great stuff - recording with Bowie Producer Tony Visconti, warming up for national acts such as Joan Jett, Adam Ant, The Goo Goo Dolls, Jewel, Matchbox 20 and the Foo Fighters, having a video on MTV and having three songs actively in rotation on alternative radio. In addition, I'm able to play with brushes and bundles comfortably and play with dynamics. In the video section there are vids posted of my playing in both band situations and recordings with singer/songwriters that I worked with. The Music section has audio samples of both as well. My email is robert at robertferraro dot net. I live in Lynbrook, NY, work in NYC and have transportation. My equipment list is noted below. Thanks for stopping by! Take care, Rob

Too many to list here, but here's an attempt by genre: