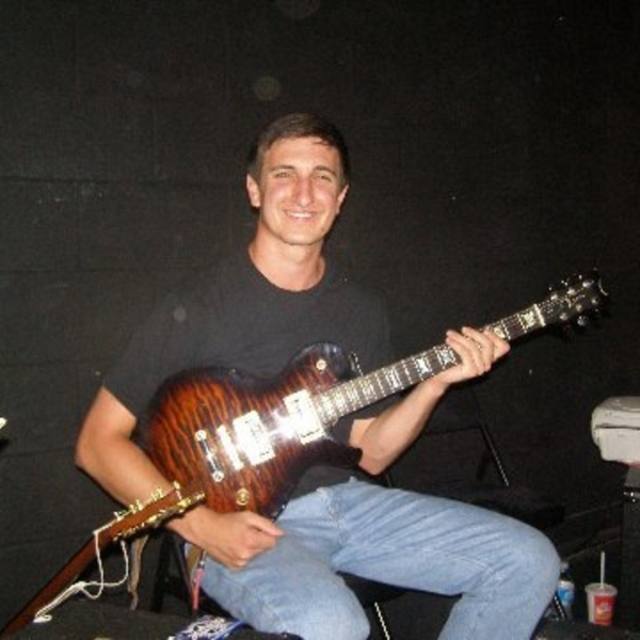 I am a 20 year old college student and attend USC. I've been playing since I was 12 and consider myself to be good. My cousin and I played in bars around Charleston for a summer (two summers ago), I've recorded a few songs, and love to play music whether by myself or live! My most recent gig was a 4 night production of Grease (as in John Travolta Grease) where I played rhythm and lead guitar.

Martin Acoustic/Electric Guitar, Dean EVO Electric guitar, BOSS Equalizer (for my acoustic), CRATE 30 Watt (for home use), but I have access to basically anything I would/could ever need because of connections in the Charleston area.