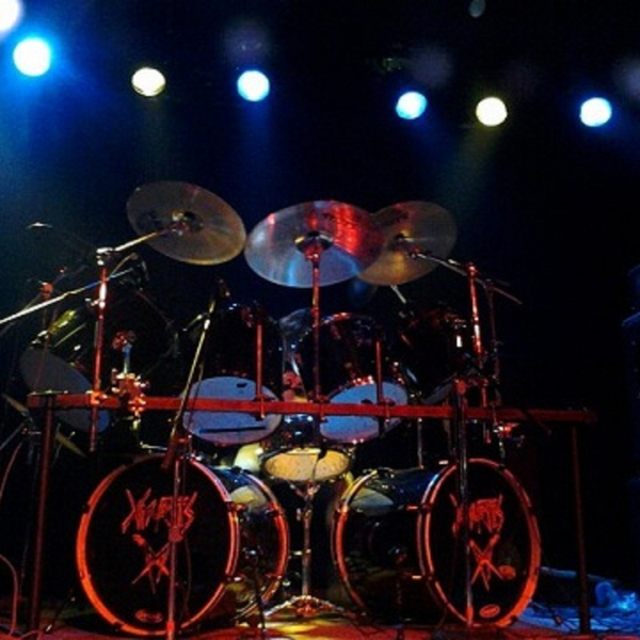 Robin Damian Lucifer Stele’ (Drums and Percussion) Comes from Native American Sioux and Welsh decent. The rhythm and the beat of the drum come to him naturally as though genetically gifted to him at birth. Robin considers himself first an artist then a Musician, with a long history in Music and Lyrical artistry, he brings all his wordsmith skills to bare when hammering out songs for all his projects. Among the list of bands in his past accomplishments the most notable is the band SATAN’S HOST which he co-founded. Black Metal has always been a big part of his history and continues to influence his very dark lyrical content. Robin has both a counterculture and a spiritual expressionist point of view to his philosophy. “No one on the planet can walk this world without some concept of an eternal soul and a force guiding that soul.” Rob's aggressive attitude towards promoting the band has been described as "The lunatic's driving the bus" and is at the forefront of sharing their story with the world.
(505) 231-7485 ask for Robin Stele (Pronounced Steele)