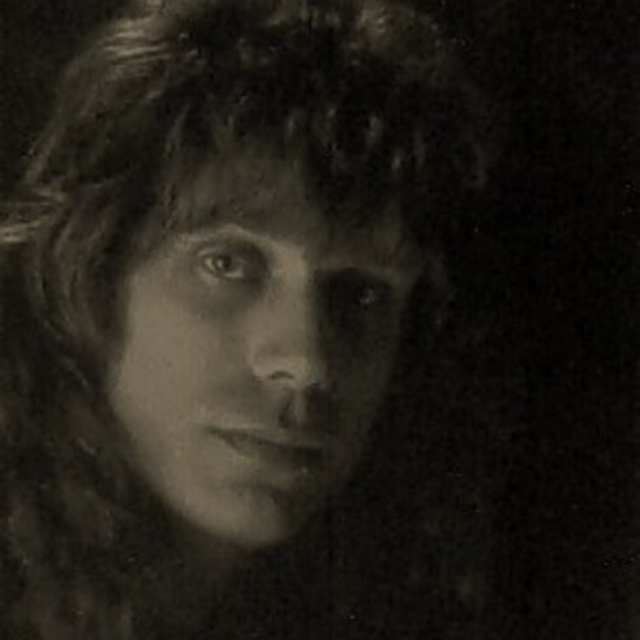 I toured with a band from Denver on the B circuit for a year or so when I was about 18.
All of us were friends from school and it was our first tour, and we were usually the opening act.
The club scene was different in the early 80's( a wild ride and if you experienced the music scene at that time then touche') as we slowly gained more of a fan base.

Cutting our teeth, finally paid off, and we picked up a decent sponser, a large Country Western Company-don't laugh...my ex was the P. R. director, so I had my sponsor.

In time with stagefright gone...we started to play the nicer clubs.

Thank God, we finally were not having to keep a sawed off 12-guage behind us, just it case some good ole boys from Hickville decided to get a touch STUPID.
But just kidding, ya know, I myself raised Quarter horses, for nearly 15 years, I know many in the P.R.C.A., have great salt of the earth country friends and know some pretty tough bull riders as well(many I met while shooting film for the P.R.C.A. and various magazines, etc.), some of the cowboys still thought it was the Wild, Wild, West and I can tell you that Saturday nights were alright for fighting(thanks Elton); but by late Sunday afternoon everybody was friends again.

Sorry time to get back to blowing the doors off some venue.

As time rolled on over approx. 10 years, We put out a total of 5 albums.

We took a 5 year break after years of touring due to a back injury I sustained.

The last album has been mastered, but not released due to member issues and, of course I cannot reveal the band's name due to legal issues.
This theme is a major problem with the music industry since more often than not bandmates are more like family and when one has a problem, everyone does.
It's unfortunate because the most successful bands seem to have that chemistry, which is so much a part of the magic, which isn't really magic, but becoming a tightly knit music machine.

The last album was mastered in LA by an old friend in the hills who has an in-home studio, with an incredible design, including separate sound rooms, even a room that houses an incredible grand piano that definitely tickles your heart, and we left with Masters. and thought we were set to go.

We were slated to open for 3 Doors Down,and were elated beyond nitro but my rhythm guitarist, whom I had taught since the band's inception became disallusioned and left the band.

This was tough as he was as my brother...very difficult to deal with...Life goes on.

As I said all the members of our band were grade school friends and prior to the last tour stretch we had literally killed ourselves traveling in a Ford Econoline. Load in's sucked. Working our way from B circuit clubs to the A circuit venues.

Paying our dues,yet learning and having not only a total kick , but learning the biz, as every band did.

My band slowly gained a larger fan base.
We went from the Econoline to a Ford one ton box truck and thank God, it had a slighter opening between the box and the cab.

We released 5 albums in total. We could'nt release the last album, due to legal issues and of course, I felt we were simply being cheated. I did retain rights and the masters and am dealing with fu...ing legal departments,to do another release......this was NO fun, trust me. Forward ho......

In addition I shot professional photography for Zomba records and countless bands which has been used for everything in promotion.
One personal highlight for me was being asked to guest a show with Chris Duarte opening for the frenetic Ted Nugent,we closed the show with the volcanic "Stranglehold", what nearly gave me a heart attack was that Ted wanted to play my old 60's Harmony Arch-top Rocket. I for a brief moment was able to play one of his many Gibson 335's, I almost thought I had entered Rock and Roll Heaven. as Ted's music as a teenager was just F*****g cool.

My main focus is playing a kind of rhythm blended with lead takes. I'm not a speed demon, playing nonsensical heavy, heavy, metal.

I play from inspiration from my soul.

I was the lead vocalist and my voice has held up, and I have been told it resembles a middle tone similar to that of David Coverdale of Whitesnake, and other vocalists of similar style.
I can hit higher notes, but certainly cannot be compared to the great Steve Perry.

I hope to play with or guest with a versatile classic band and simply regenerate my love for music, because I can tell you in my opinion, that not only is music healing, it is truly a Universal Language.

Music comes from the soul, and mine is ready to Rock!

I don't use very many efffects, at one time I had 8 guitars, but until I can invest more, I have a 1960's semi-acoustic arch top Harmony Rocket.

The first guitar I ever bought was a 1960's Airline, and is now my main axe.
This guitar has incredible tonal options,is flawless and flat out kicks ass.


I'm dying without someone to once again crank it up with, that would be the therapy that has kept me both Sane, and a Little Wild, since I was playing an OLD Epiphone 10 W. Solid State.

Thanks for reading this Rocker's tale, as you were...carry on my friends, there will be peace...dontcha cry no more. God Bless.

Music will never die, we just wait for the next wave, and HOLD ON- Thanks again for your time, and my memories, STILL Live On.

Again, appreciate your time, I just have ALOT of great times on the road of " Chasing the Circle of Fifths...Never Say Die-Later on to all of you Crazy Players of the Faith...

Take care, and just get some new picks.