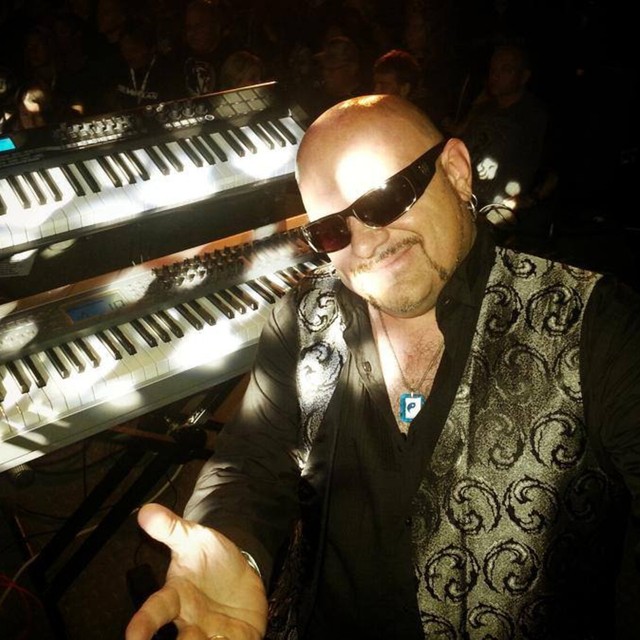 Eric Ragno is a keyboard player based in Los Angeles. Known in rock circles as the go-to guy, he has appeared on dozens of rock albums, performing on tracks with Alice Cooper, Paul Stanley (Kiss), Billy Gibbons (ZZ Top) and many others. He has performed across the U.S. and around the world with luminaries like Graham Bonnet (Rainbow), Dawn Robinson (En Vogue), Jimi Jamison (Survivor), Eric Martin (Mr. Big) and more. Eric is currently on tour with legendary rockers The Babys.

Merging a classic sound with a modern feel, Eric’s reputation and songwriting quickly made him a regular contributor to the roster of Frontiers Records, the largest label in the genre. The prestigious rock site MelodicRock bestowed Eric the title of Keyboard Player of the Year in 2007, 2008, 2011 and 2013.

Eric is a proud Hammond artist, and is endorsed by TKL Cases and Standtastic Stands. He has appeared multiple times in Keyboard Magazine, Fireworks Magazine, Progression Magazine, the Guitar World Buyers' guide, MMR Magazine and The Music Trader. Eric also launched a free mobile app, available in the Apple and Andoid app stores

Jonathan Cain (Journey), Geoff Downes (Asia) and Kevin Moore (Dream Theater); most 80's rock albums that have keyboards on them.