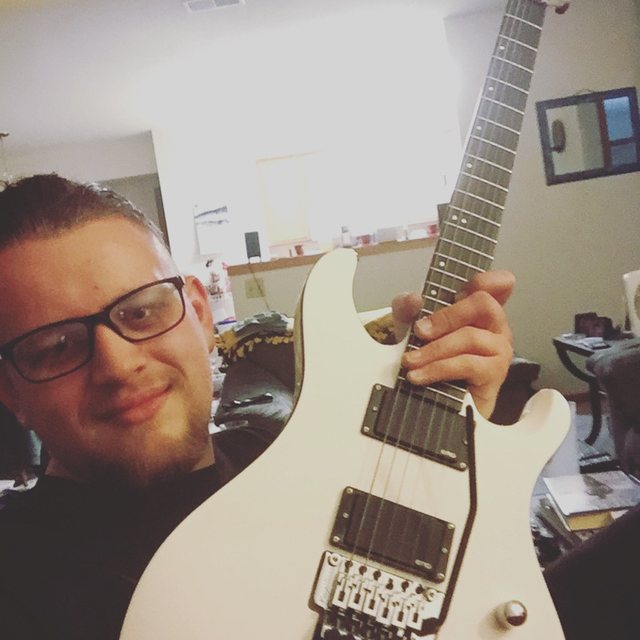 Hey there. I'm a guitarist in a band with a drummer and another guitarist. I also am a decent singer and I've been starting to write lyrics for a couple of our originals lately. My range is an F2 to an A4 I'm much better at singing than screaming. With that being said, we're mostly looking for a bassist but if we find a vocalist who sings better than me then that's fine I just don't want to give up singing completely in the band. I've been playing guitar ever since I was 10 and I've always wanted to play music for the rest of my life as a career. I have a good amount of recording equipment and I'm the most dedicated person to music you will ever meet. I practice guitar almost everyday for multiple hours. If you're interested in jamming with us then call or text me at 6 0 8 4four5 4nineone0 or email me at tman816 at dot com

My drummer has a 5 piece pearl kit.

Our other guitarist has a jackson guitar and he's currently in the process of getting an amp head and a cabinet.