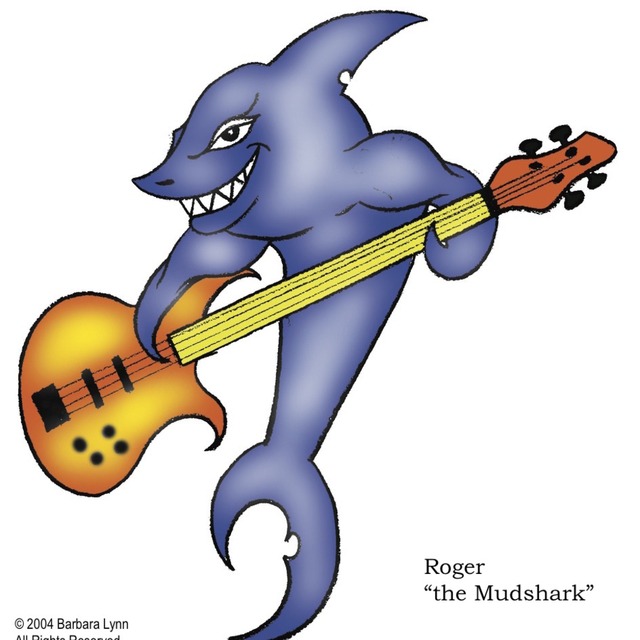 Having grown up in San Francisco during the "Summer of Love," listening and admiring groups like Jimi Hendrix, Santana, Jefferson Airplane, the Grateful Dead, and Tower of Power, Roger decided to make music a career.

He started playing guitar after his Dad took away his trombone saying: "... try this, 'cause you sure as hell can't play trombone." Little did his dad know what he set in motion. After mastering the guitar, at the age of 13 Roger switched to bass harnessing the influence of artists like Paul McCartney, John Paul Jones, John Entwistle, Phil Lesh, Rocco Prestia, and he has been performing professionally ever since. Roger has been in at least a dozen bands which range from Janis Joplin's "Kozmic Blues Band" back in the early 70s, glam rockers "Romance" and "Artist" in the 70s/80s, to a Frank Sinatra tribute band ("Barbara Lynn & Oceans 3"). Bassist/bandleader for "Jasper's Daddy Motown, Soul, and Rhythm & Blues Revue," and "Rye Wit." Roger has also performed as bassist in the stage production of The Who's "Tommy" in San Francisco. Former bassist/keyboardist with the Zach Waters Band (http://thezachwatersband.com)

Over the years, Roger has amassed an impressive arsenal of bass instruments ranging from standard 4-, 5-, 6-string electrics to specialty basses like electric standups and doublenecks.

Onstage, Roger is a performer who just can't stand still, is quite a ham, and adds "a most tasteful bottom end" that enhances the aural experience. He is also an accomplished keyboardist, guitarist, and singer as well.

And what bassist is complete without his own radio show? From 2005-2011 he was heard on KVMR-FM, Nevada City (89.5FM and 105.1FM in Tahoe/Truckee). The show was called "Blazz, it's where Blues meets Jazz." Hoping to be back on the airwaves in the coming months.