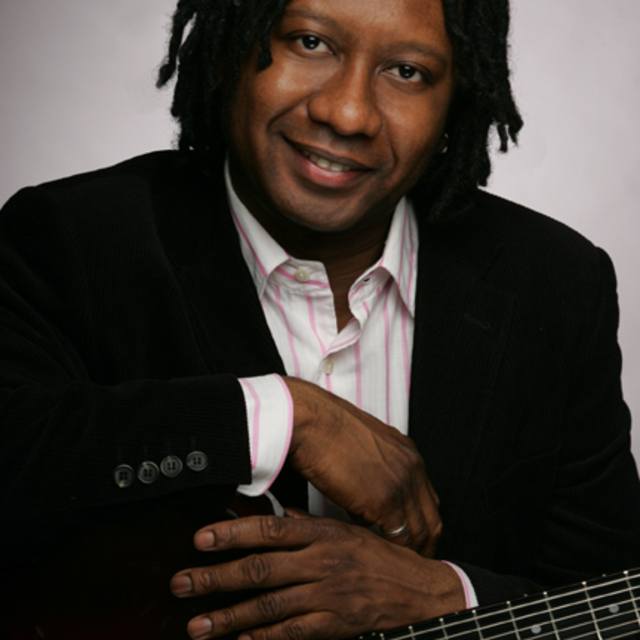 on Jackson is a New York based jazz guitarist, composer, arranger, producer, recording artist, and instructor. To say Ron Jackson is well traveled would be an understatement. He has performed and recorded in over 20 countries as a bandleader and ensemble performer, and is well established in the international jazz scene. Rons style of guitar playing and compositions is a blend of jazz, and other American styles such as soul, rhythm and blues, pop that is influenced by his roots of the Philippines. Ron is experienced in many musical idioms and brings it all together in his unique approach to playing jazz guitar. Ron is considered one of the most versatile guitarists and is adept in styles such as African, Rock, R+B, Brazilian, Pop, Country, Calypso, Reggae, Soul and Funk, Classical, but his greatest passion is in jazz. Ron has 5 jazz guitar instrumental CD's as a leader, "A Guitar Thing" and "Thinking of You" on Muse Records, "Song For Luis" - a duo with Rufus Reid on Mastermix Records, "Concrete Jungle" is co-led with bassist Nicki Parrott on Airmen Records and "The Dream I Had" is on Roni Music, all of which you can purchase on this website. Ron has a new CD coming out on his Roni Music label called "Flubby Dubby" his Hammond Organ group. This is recorded live and features his soul-jazz originals. You can hear MP3 samples from Ron's CDs on ronjacksonmusic This group is reminiscent of the funky James Brown groups featuring saxophonist Maceo Parker. Ron has recorded and played jazz greats such as, Benny Golson, Randy Weston, Ron Carter, Oliver Lake, Jaki Byard, Jimmy Cobb, Rufus Reid, Larry Coryell, Jeff "Tain" Watts, Bernard Purdie, Hank Jones, Gary Bartz John Hicks to name a few. Ron attended the prestigious Berklee College of Music and has also studied with such jazz guitar greats as Pat Martino, Bucky Pizzerelli, Ted Dunbar, Rodney Jones, and Melvin Sparks. Ron is an experienced music educator and guitar instructor and is a faculty member at the of The New Jersey Performing Arts Center, Wachovia Jazz For Teens Program, Music Outreach, The Brooklyn Conservatory, St. Albans Congregational Church Music Program and The New York Pops Create A Symphony Program. He has taught and lectured at And the Prins Claus Conservatoire, "New Comes to Groningen" program in Groningen in The Netherlands Duke University, The National Summer Guitar Workshop Jazz Summit, The New School, New York University, at Jazzmobile, as well as in clinics in France, Spain, The United Kingdom, Australia and Portugal. Ron is also available as a private instructor. Ron endorses Seymour Duncan pickups, Thomastik-Infeld Strings, Heritage Guitars and Aria Guitars.

Screen name:
Ron Jackson
Member since:
May 21 2007
Active over 1 month ago
Level of commitment:
Touring
Years playing music:
30
Gigs played:
Over 100
Tend to practice:
More than 3 times per week
Most available:
Days