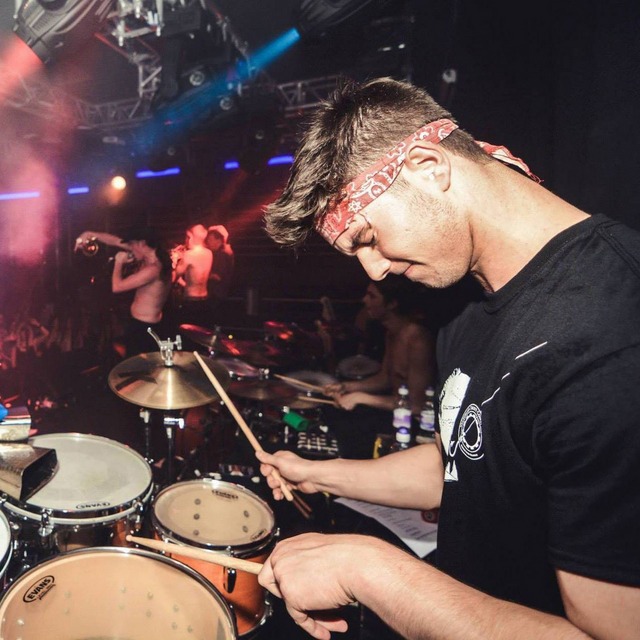 I’ve been playing drums consistently since I was 8 years old and have played in several bands.

I was brought up on Latin style drumming by my teacher who was from Brazil. I was also introduced to funk, rock, hip-hop, and fusion. This all blended into my voice as a drummer.

I then went on to get formal training at Music School, learning from some of the best drummers and classical musicians in the UK.

Most notably, I was in a 10 piece Ska/rock/punk band called ‘Victorian Trout Conspiracy’ for 4 years as a drummer and one of the founding members, playing all over the UK at major festivals and clubs. I’ve since done session work as a drummer but have used the past few years to develop my filmmaking career, which has taken me all over the world, though I’ve always maintained my musicality and practiced regularly.

I want to play music again with like-minded people who want to hammer out some sessions. Reach out and see if we fit!

I’ve only recently moved to the Bag Area, so only have breakables or practice equipment with me right now. I practice on a rubber kit due to neighbors.

Most studios have the bass drum, toms, hardware, etc, and allow for drummers to bring in their own breakables, which I have. If I knew that I would be playing regularly in a band I would of course buy the rest of the kit.