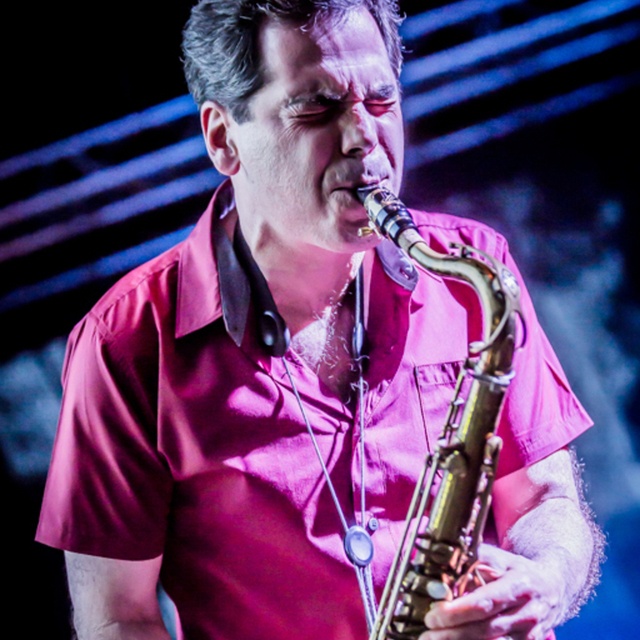 I grew up in Long Island, NY in a musical household where I was exposed to a variety of great music ranging from Jazz, Rock-n-Roll, RnB, Latin, Blues and Opera. In a house filled with instruments, I gravitated to the saxophone, but also learned to play flute, drums, piano and guitar.

After high school I was accepted to The Hartt School of Music by jazz sax great Jackie Mclean, and won scholarships to attend Hofstra University. I chose Hofstra, and while in attendance was the recipient of the Duke Ellington Award for outstanding contributions in jazz.

I've performed in the New York scene since the early 80's and have recorded and/or performed with artists such as Ronnie Spector, Brian Setzer, Paul Schaffer, Joan Osborne, Andrew Dice Clay, Debbie Gibson, Jelly Bean Benitez, The Drifters, The Coasters, Felix Cavalieri of the Rascals and countless others.

I can be heard on commercials for companies and products as diverse as Sheraton Hotels, Oreo Cookies, No Excuses Jeans, Pfizer Inc., Uniform Jeans.

Screen name:
Russ Paladino
Member since:
May 02 2014
Active over 1 month ago
Level of commitment:
Very Committed
Years playing music:
35
Gigs played:
Over 100
Tend to practice:
More than 3 times per week
Available to gig:
2-3 nights a week