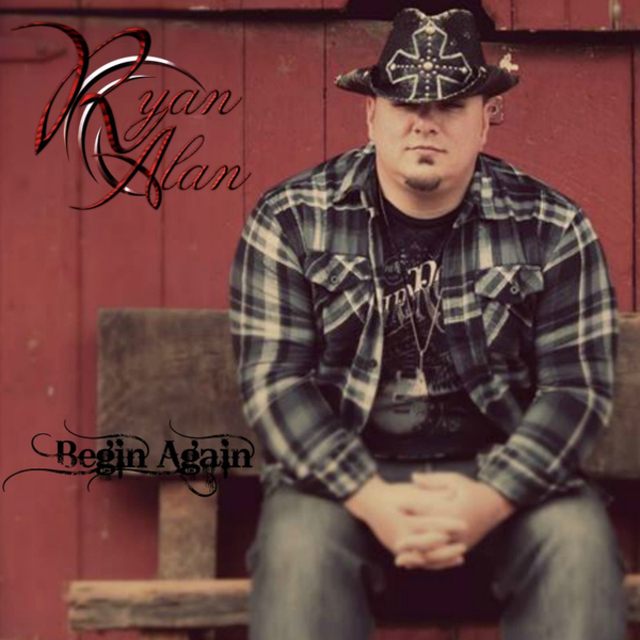 Ryan Alan is an emerging country artist based out of New Cumberland, Pennsylvania. His unique, blended style gives audiences a tantalizing glimpse of a star in the making. A Ryan Alan show is filled with acoustic country music renditions with a dash of rock vocals mixed in for good measure. Ryan offers a distinct sound, inspired from childhood days spent at concerts with his father. Watching musicians and bands while in the crowd, he was caught up in the excitement of their live performances and determined to be on the stage one day.
Growing up, Ryan enjoyed country artists like Conway Twitty, Chris LeDoux, Joe Diffy, Hank Williams Jr., and Garth Brooks; but he also listened to rock bands like Black Sabbath, Metallica, and Creed. His own brand of music is a true blend of the artists that influenced him. Ryanï¿½s goal is to perform for audiences across the USA. For him, nothing is better than inspiring others through his music. He just released his first CD entitled ï¿½Begin Againï¿½ and hopes to secure a recording deal as he furthers his career in the industry. Ryan has opened for country music stand out Parmalee, and fans recognize that bigger days are ahead for this future star.
A Ryan Alan show is just what the doctor ordered: musical therapy that nourishes the soul. Come get lost in the vocals and let the dayï¿½s events fade away in the melody of great music.
Ryan is signed with Bassett Promotions out of Tallahassee, Florida. To discuss bookings or for additional info, call 877-7-EVENT-1 or check out his website at .RyanAlanMusic