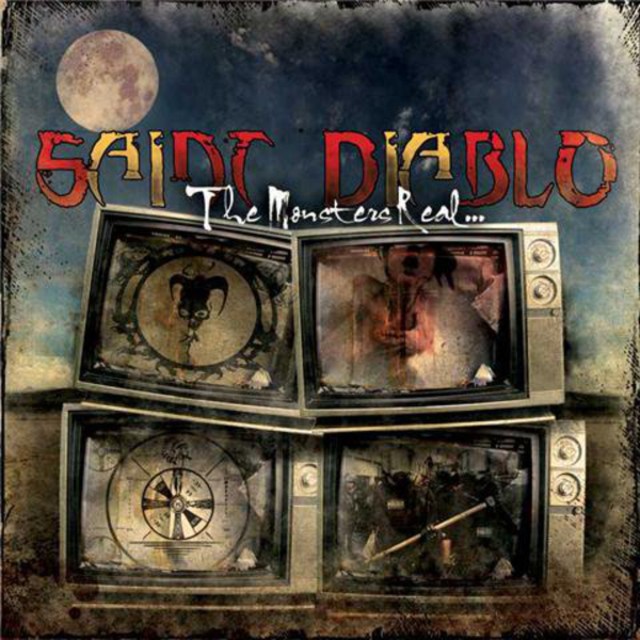 Since 2002 the band has had 2 releases, 2003 independently released self titled album SAINT DIABLO which features the Grammy Nominee artist Anousheh Khalili on Why Now? and with singles Senoria Paranoia and Renaissance pushed the band threw new barriers and helped land a spot in the 2003 EatM Showcase in Las Vegas and Salem Or-be Tour featuring Busta Rhymes in New York. Also with the release of REPUBLICA on 925 Records in 2008, which is available in all on-line markets. Has brought spotlights on many nationally released compilations. Royal Blunts presents Sonic Onslaught (Mind Snap Music) in 2007 with artist Mushroomhead, Icepick, Scum of the Earth, and Danny Diablo. The Project Independent compilation in 2008, and Loud Music Vol. 10 (Eclipse Records) in 2009.

SAINT DIABLO prides its self by performing on stage and bringing a raw and energetic live show to the fans every night! It could be a venue with just the door guy and the bartender or a place thats slammed packed with people we will rock it the same says Chris Adams (bass). Touring and being known as tour dogs is the bands lifeblood. Sharing their lifes work with a devoted fan base that stretches all over the country, fans becoming life friends and family with their support and dedication! With out them SAINT DIABLO is nothing.

Passing the test of time through longevity and determination with an undeniable work ethic. We would like to be known for being a hard working band that has a passion for being on the road! Performing on any stage with anyone, anywhere! We hold a high standard for our live shows concludes Justin Adams (guitar) we like to bringing experience, maturity, and professionalism to everything we do. Join in their efforts to take over the world

Screen name:
SaintDiablo
Member since:
May 02 2011
Active over 1 month ago
Level of commitment:
Very Committed
Years together:
10
Gigs played:
Over 100
Tend to practice:
2-3 times per week
Available to gig:
2-3 nights a week
Age:
34 years