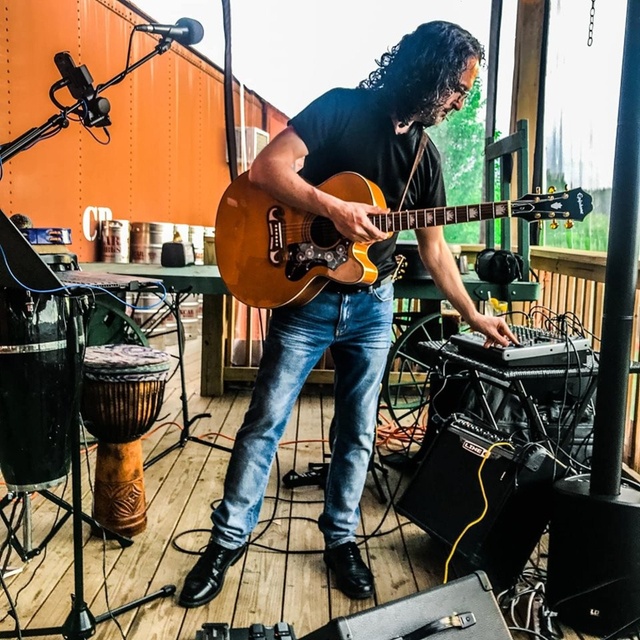 I have been making music since the age of 16. In my younger days I wrote quite a few songs and performed for years as an acoustic act and eventually formed a full progressive five-piece rock band. We played the NW and recorded one album then life changes shifted my focus away from music. In recent years I've invested in new gear and have started gigging again as a one man show, blending some of my favorite covers with my originals. I relocated from PA to VA in March of 2020 and really would like to find like-minded, responsible, fun musicians to hang out, explore genres, and see where it goes. I have time to practice and gig and have some decent gear and a lot of experience and I'm open to jamming, performing, and/or recording. I just want to make music, have fun and perhaps make a few bucks.

I have a ton of energy on stage and really prefer playing hard/alternative rock styles. though I listen to a broad range of music including progressive rock, hard rock, Latin, jazz, funk, etc. I could list many genres that I enjoy. As far as playing style, experience and what I lean toward I would say I was heavily influenced by musicians such as Foo Fighters, Alice in Chains, Stone Temple Pilots, Tool etc. on the rock side and I grew up on Billy Joel, Steve Wnwood, Elton John, James Taylor etc. on the songwriter side.