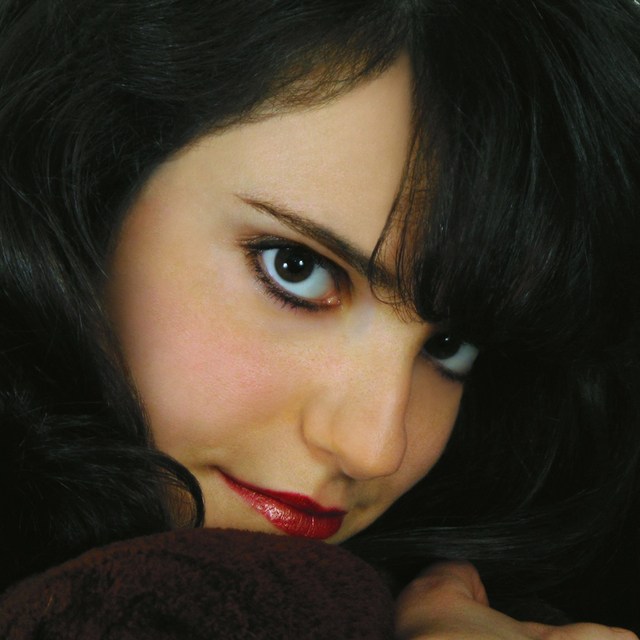 Samantha Carlson, born June 28, 1988, in Mineola, New York, has been singing since age 2. She graduated from Northern Kentucky University in May of 2011 with a Bachelors Degree in Vocal Performance. Music is her passion and her life. She sings the classic standards from the 1920s through today, as well as jazz, big band, show-tunes, country, oldies, classical, opera, and pop ... (English, Italian, Spanish, German, & French), but she identifies herself mainly as a jazz/standards singer. Raised in a musical family, both parents are vocalists and instrumentalists. Their influence was very strong. They always encouraged her passion for music, and to follow her dreams. Her other influences include Dean Martin, Ella Fitzgerald, Tony Bennett, Frank Sinatra, Judy Garland, Barbra Streisand, Nat King Cole,
Josh Groban, and Andrea Bocelli.

In 2013, Samantha performed at a benefit concert for PBS SoCal in Orange County, CA, and continues to perform for fundraisers with JT and California Dreamin' in the Orange County area. She has performed alongside local and international celebrities such as Nick Clooney (2011,2012), Bucky & Martin Pizzarelli (2009), Maxine Brown (2007), Hilary Kole (2009, 2010), and Kevin Covais of American Idol (2006). Samantha has performed at "Birdland", the legendary jazz club in New York City, as a guest artist in 2009 and 2010. Since 2009, she has been the female vocalist for Swingtime Big Band -- Cincinnati/Northern Kentucky/Indianaâ€™s premiere 17-piece swing band. Samantha, along with Swingtime Big Band, performed at the 2009 opening night of the Cincinnati Redâ€™s game.

Samantha currently lives in Cincinnati, Ohio, performs with her jazz combo, and with several big bands,
locally, and nationally.

Equipment meant for small gigs at small clubs or restaurants. I can perform with a trio or solo with the equiptment I have. My big band has their own equiptment, big enough for any event!

"Swinging on the River" tribute to Rosemary Clooney with Swingtime Big Band.
Music, food, and always a beautiful sunset!