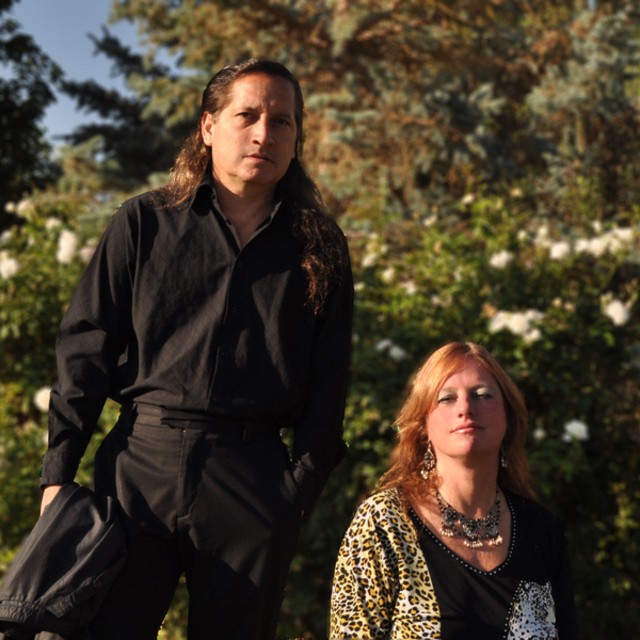 
Featured as the top classic rock band in the Tahoe Magazine Winter Edition - 2012;
This band is available as a 3-piece dance band or as an acoustic duo. Great for any setting.
Our full band is fabulous for outdoor events, as we are family friendly and have a wide repertoire of classic songs. For indoor events, the band tones down just enough to keep the energy up, but still allow for conversations and drink orders. For a more active and exciting show, the band offers great music performed by professional musicians, appreciated by dancers and spectators.
For a restaurant setting or a cocktail hour, our duo is entertaining and yet unobtrusive, allowing patrons to still enjoy their meal and conversation with quality music. The duo is a perfect addition to a relaxing dinneror laid back event.

Currently, The Mark Castro Band is performing an eclectic mix of exciting classic songs from Chuck Berry, Bill Haley and the Comets, The Ventures, Prince, Michael Jackson, Santana, Jeff Beck, Hendrix, Led Zepplin, and The Beatles, as well as songs that are not often performed by cover groups. The Mark Castro Band takes pride in its musicianship, and every sound heard is authentic, no gimmicks - no tracks or sequencers. Unique in his speed, agility, and repertoire; with his own brand of originality and perfection, Mark can pay tribute to any piece of music and thrill the audience with the familiarity of the song and yet take it to a higher level. Mark's original compositions feature flowing melodies and virtuoso leads.

Thank you for considering the Mark Castro Band for booking.

Also, please see our schedule at
.calendar./satiasongs
You are welcome to contact any of those clubs for referrals as well.

Phenomenal guitarist, Mark Castro, became popular in the East Bay during his high school years. Soon after, he toured for Island and Atlantic records, with the great Reggae band, Inner Circle (Bad Boys), which included ABC's televised concert with other great bands like Duran Duran, the Bee Gee's, Barry White, and David Bowie. Mark is the featured guitarist on their album, Something So Good, on Carrere Records. When located in The Bay Area, The Mark Castro Band could be seen regularly at The Keystone Family Clubs. His band members have included Santana alumni, bassist, Dave Brown, and percussionist, Rico Reyes, prompting an in depth interview with Jim McCarthy, author of "Voices of Latin Rock." Mark has opened for other great guitarists including Robin Trower, Ronnie Montrose, Roy Buchanan, and many more. Mark has also performed with Latin Legends, Jorge Santana and Richard Bean, of Malo. (Suavecito); with The Mark Castro Band opening the show. Mark and his band recently performed for Guitar Player Magazine's Live Concert in September of 2009 in Livermore, which featured only the best guitarists in the Bay area.

Mark's singer and bass player is Satia. Originally from New York, Doris Runcie, aka Satia, received her Bachelor of Music Theory and Composition Degree from the University of Maryland. Before working with Mark, Satia was the leader of her original group, SATIA. SATIA won numerous competitions; including The San Mateo County Fair Battle of the Bands and San Francisco's Boathouse Battle. Her band opened for Greg Kihn (Jeopardy) and Satia has jammed with Buddy Miles (drummer for Jimi Hendrix), performed regularly in the Bay area, and appeared often on community television stations in Santa Cruz, Hayward, Seattle, and Pacifica. Satia is also a filmmaker, with works that have been shown at the New York Film Festival, at The Palms Resort in Las Vegas, and in Los Angeles; and The Santa Cruz Film Festival. Satia has taught music for The Midwest School of Music, and at The Tahoe Conservatory of Music; and Sparks Music and Learning Center. She is currently teaching music and is manager of the band and orchestra department at Carpenter's Music World.

Satiasongs Publishing, currently based in the Reno/Tahoe Area, manages and books The Mark Castro Band. The group can be seen from the West Coast to Salt Lake and from Las Vegas to Oregon.

If you wish to view our entire schedule go to ://calendar./satiasongs

Mark Castro B
and Performances