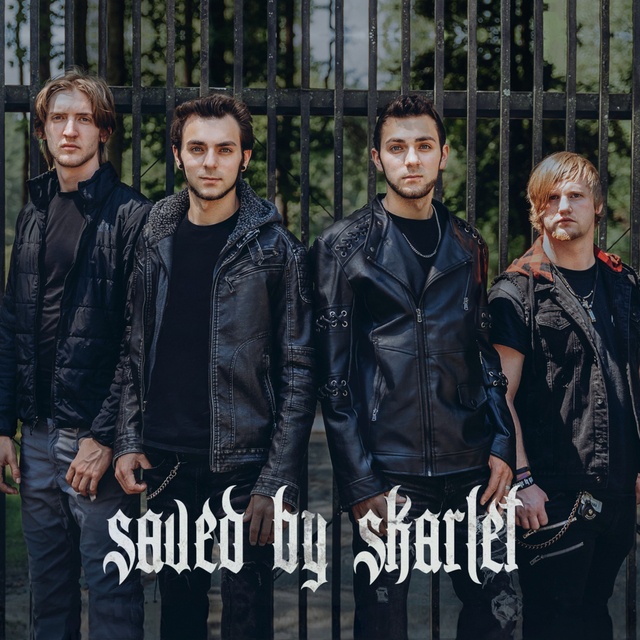 Saved By Skarlet is a versatile hard rock band located in North Smithfield, Rhode Island consisting of four passionate members. With melodic tones, aggressive vocals, driving guitar riffs, and faith inspired lyrics, Saved By Skarlet’s music seeks to deliver a message of hope to a broken world while boosting listeners with an energizing hard rock experience. The band formerly known as 'Rising Ashes' began experimenting in 2011 with Melody Briggs as lead vocals, Nathan Middleton as rhythm guitar, and Matthew Middleton as lead guitar. The band was heavily influenced by Flyleaf and Skillet. A year later, the band began working with several different vocalists and drummers. The band worked with several talented musicians and in 2016, the band released their first powerhouse single ‘Conquerors’. Following the single's success, the band released their full-length album ‘Out of Darkness’ two years later in July of 2019. The band is currently being played on over 60 radio stations throughout the United States and can be found on over 100 media applications. The band has earned their place in multiple music magazines including Pulse Magazine (2020) with an album review next to Slipknot, Rock On Purpose (2021), and also The Good News Newspaper (2020). Now the band tours throughout New England bringing rock music to life with energetic faith and interactive performances that captivate listeners. The band has performed with well known artists such as Disciple, The Veer Union, Decyfer Down, Saving Vice, The Protest, and more. The band brings an energetic show to festivals throughout the region. This year in 2021, Saved By Skarlet has already announced that they will be performing at two very large music festivals such as, Soulfest 2021, River Rock Music Festival 2021, and more. In conclusion, Saved By Skarlet brings a rivoting sound and stage performance and leaves listeners with a resonance of hope within a broken world.

Screen name:
Saved By Skarlet
Member since:
Aug 10 2015
Active over 1 month ago
Level of commitment:
Touring
Years together:
6
Gigs played:
Over 100
Tend to practice:
1 time per week
Age:
22 years