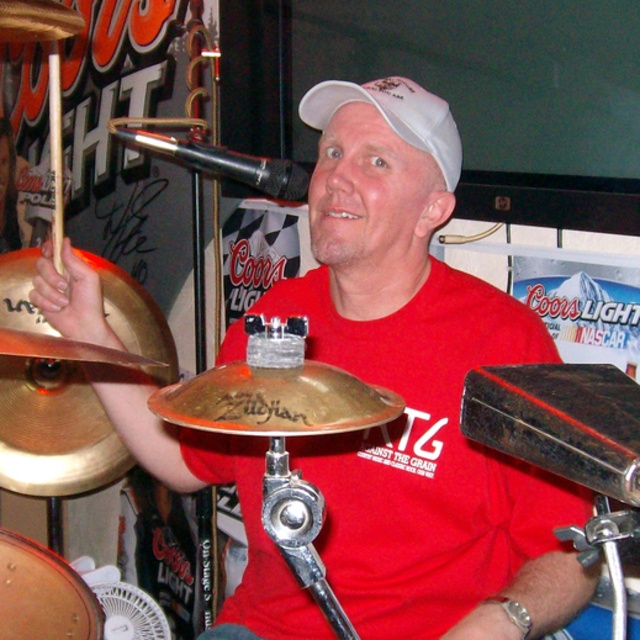 Scott “Scootz” Johnson began his percussive career at the tender age of five, playing the title role in his first grade class production of “The Little Drummer Boy”, and has been banging on things ever since. Over the course of the past thirty-some years he has played country, rock, blues, punk, jazz, reggae, folk, rap, classical, and just about any other genre of music that you’d care to name.

Scootz has played shows all over Southern California, as well as numerous gigs in that capitol of glitz and glamour, Las Vegas. He has performed at fairs, car shows, parades, various civic and corporate events (including a rather “memorable” engagement at a nudist colony), as well as the usual slew of club dates at venues both large and small.

He was in all five of the house bands at Angie’s Saloon And Steakhouse in Hesperia, California (even co-founding two of them) from the time it opened in November of 1998 until its demolition in 2003.

In addition to his rhythmic skills, Scott is also an accomplished songwriter who penned his first tune before he reached his eleventh birthday. Of course, since it’s rather difficult to compose melodies on a drum set or tambourine or whatnot, he also plays a bit of guitar, bass, keyboards, mandolin, banjo, dulcimer, or whatever other instrument he can get his hands on.

The Scootz currently sings and bangs the drums with the HOTTEST new band in the High Desert, THE LOOSE CANNONS.

More than enough to get the job done...