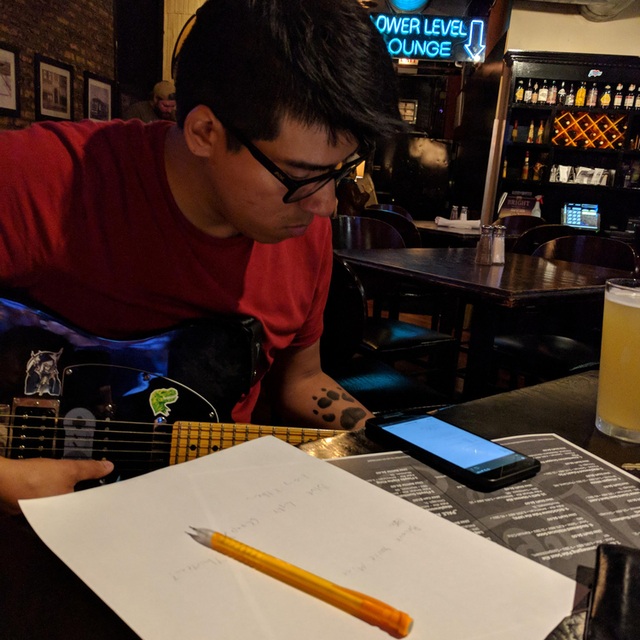 Starting a band with two friends, one plays a mean keyboard, one is learning bass, and play guitar ok. Looking for a drummer, open to a lead guitarist but not required. Message me OR e-mail me at centeno.scott.

Been playing guitar for a year and a half. Sang in choir through high school and college so I had some music theory already. Looking to make music!

Bloc Party
Band of Horses
Nada Surf
The Walkmen
Elliot Smith
Wilco
The Decemberists
The Killers
Alvvays
The sound of the 80s.

I grew up on the 80s thanks to my parents. They're my go-to for karaoke.

Recording stuff too, a compression mic, studio headphones, studio speakers, and the box thingy that connects to my laptop using First Tools software.