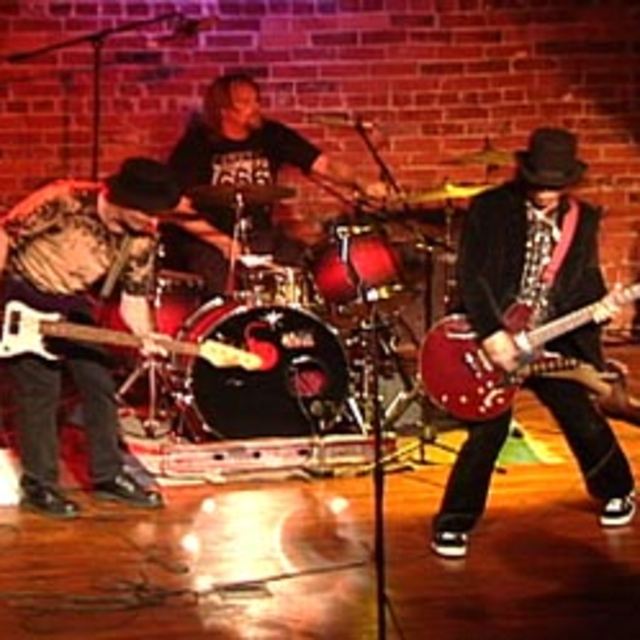 On Drums: Jim Kruzie a.k.a Eddie Z. previously in Shock Treatment teamed up Nastie and became a main driving force in the band. Like a monstrous engine Eddie Z. plays with a style and enthusiasm rarely matched in any live performance. To sum it all up: he's an "Animal," a hard hitting, no nonsense, heart beating to the rhythm of Rock and Roll type of guy. So watch out, you can become Eddy's next victim.

On Bass: Matt Aird a.k.a Matt Tantrum is also a veteran Seattle musician, formally from the band Slut Puppies. Matt came to the Sea City Dolls with only his bass in hand and a strong desire to wield it. His style of playing can only be described as a Tasmanian devil on steroids. With driving rhythms and enhancing vocals Matt adds a unique flavor and color to the band.

On Lead Guitar: Axe man from Hell or is it (Everett Washington), Mike Wilson a.k.a. Bodine has been compared to Niccolo' Paganini with powerful sweeping scales and a certain mystic surrounding him, he is always fascinating to watch. I don't know personally if Bodine rehearses on grave stones in the light of a full moon, but there is a mystery regarding Bodine's late night outings.
So, treat yourself to a good dose of Rock and Roll and come to a live performance of the most unique band on stage the "Sea City Dolls."

Located in the city of Chace BC Canada

Location Bellevue Square Park
in the city of Bellevue Washington. the event starts at 10am. the Sea City Dolls will go on about 6pm