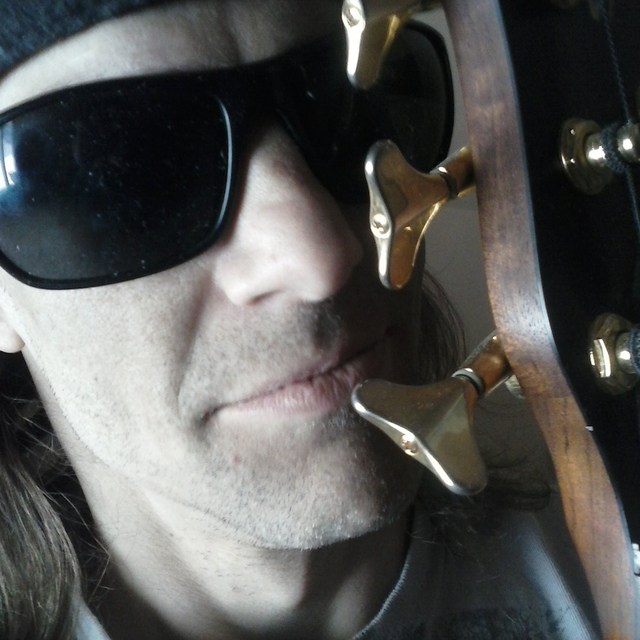 I'm a quality working bass player. I prefer to be a member first and a leader if needed. I'd rather have the freedom to focus on my craft. I am always appropriate, accurate, artistic, contextual, emotional and hard working.

I take sessions almost any time I can get one. I do stand in gigs usually in Blues, and Country but I'm not afraid to comp any style. I do join bands on occasion if they are a 'creative' endeavor or a 'reliable' source of income.

BIO: I moved to Oregon to be a Bass Player. That was the plan. We founded "Morpheus" (Some regional renown, limited national exposure, a big project) when I moved to Portland OR. We played live till we bled. We recorded "God of Dreams" Morpheus, 1992 at "CastleRockenStien" in Portland, OR. It was during The "Morpheus" sessions, early 90's, that i started to record tracks as a session player. At the same time, in between runs, I spent two years training in theory and composition. I was also lucky enough to learn from, and study, Gary Fountaine from "Nu Shoozs". An excellent and versatile, funk, R&B artist. (Lost everything) In Eugene I founded "The Idiot Savants" a talented, satirically minded funk\Punk Project (limited interest, mostly in Europe). At this time I was doing random bits for "Three Rivers" (small studio in Eugene). In the end we decided to record "Mel" The Idiot Savants, 2001, at "blind Pirate" studios outside of Eugene OR. (Lost everything) I moved to Klamath Falls Oregon for a good paying gig with a touring blues Band "The Craig Allen Blues Band". A good band. Regional. Good money for a working bass player. Did that for seven years. Lots of big shows. Good crowds. While with Craig I was afforded the opportunity to record some excellent live tracks. "Live The Iron horse" The Craig Allen Blues Band, 2010. It was recorded Live at at the Iron Horse Rodeo in Lake Selmac, OR. and formalized in "Wing an a prayer" studio in Medford, OR. (Lost everything). I'm moving to Vancouver WA. I have my hands and interest invested in more then a few new projects and I even picked up a little new studio time. So that's me to date with a ton of bands, people, and memories missing. Let the tracks speak for themselves.

My weapon of choice is The FNA Jazz-man 5 sting (Blond) I love the one I have but I will play any Bass made by "Warwick" they feel and record like nothing else. I still use a "Samick" 1992 (Black with Saturn inlay) for the dirty work. No low end but gnarly as hell :) I love my "Michael Kelly" Fret-less 5 String. Fret-less was my first true love. I enjoy the broader range of my 6 String. Rouge is a great company and they make a fine guitar and if you lose it you probably have enough in your wallet to get a new one. I use an "Ampeg" SVT 4 Pro because I work in Blues and mostly Outside. But I have no problem using any "Ampeg" Amplifier. "Ampeg" is a working mans Company. You buy it off the rack locally. You pay through the nose and it never lets you down. Ever. Of coarse there's a lot more but that's my main gear and that's what matters.