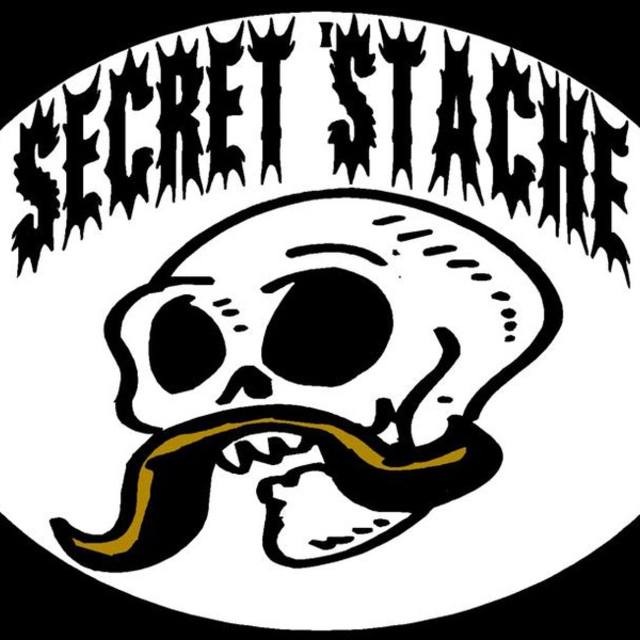 Secret 'Stache are a band to have fun and with an unhealthy love of music. They are influenced by everyone from Guns N Roses and Voodoo Glow Skulls to Finch. They have been playing venues around Los Angeles, Orange County and Upland. With a growing base of fans that have become friends, the support given to the 'Stache has placed a surge into them to keep giving them the best they can give. Come watch a show, listen to a song, watch a video, the motivation is there. Welcome to the 'Stache Party!

Secret 'Stache is an LA based hard rock band with a taste for musical diversity and fun-spirited shows. Formed at the end of 2007, the Stache underwent several line-up changes before finally becoming it's current and most noted line-up. Knowing no boundaries in terms of creativity or energy, each of the members contribute their own unique flavor to the musica l melting pot making for a hard-hitting, melody-driven, in-your-face dose of rock n roll.

"I have had the pleasure of working with the members of Secret 'Stache in both a live show setting and in the studio for over a year now. Not only are they a great band as far as performance, but they are also the kind of band that has it all together in every area.

They put on a great show, they are punctual, professional and hard-working. They also support the local scene, coming out to other band's shows, buying their CD's and promoting both the bands and venues. I would highly recommend them in any regard and anyone who gets to work with them will feel fortunate to do so. Call or email me any time if you want more information."

Secret 'Stache is a high energy, in your face, explosion of rock and roll.

Cheesy, I know but it's what my brain is giving me for now :) Amy-Glass Kitten Productions

Mission: To Party With The World!

Mad Hatter's and 3 other bands for 10 bucks only!

Mad Hatterâ€™s Music Box is back...this time in San Dimas. And with a new set of songs. Can you dig it?