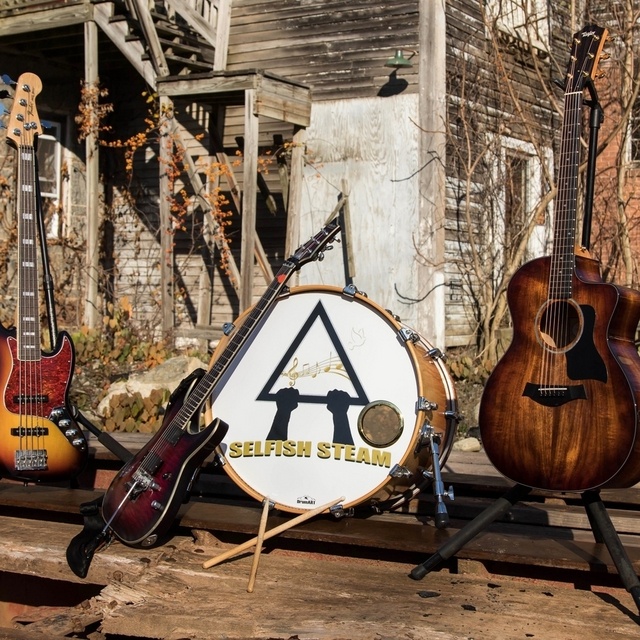 "Friends in Recovery with music that touches the soul"
Performing at SoberJam 2004, New Orleans October 8th, 2004: I had the opportunity to sit down with a dear friend in recovery. I call Tony Marossie a "dear friend" because from the moment I met him, I could not think of having a life without knowing this very real man. He has given so much of himself to make this world a better place, and just spending time with his energy for life and recovery is just infective. Below, you will find some excerpts from a recent interview. -- Paul O.

Tony, Selfish Steam was one of the first, very upfront Recovery Based Bands I can recall being introduced to in this emerging genre. This is quite amazing for many in recovery given the "culture' of anonymity for most recovering people.

What drew you into this kind of public display?

We have an open mike at the Windsor Recovery Club in Windsor, Connecticut and when I first got sober I took my guitar there and signed up. The room was packed and I was so nervous that I sang into my harmonica and blew into the microphone and while I was blowing into the microphone, I got my mustache stuck in the mic. It was my first time playin sober and I was the hit of the night. Later that night a young man came up to me and thanked me. I asked him, "for what?". He said he was newly sober and he has never laughed so hard in his life. He also told me that he was a musician and did not think he would be able to play sober until he saw me play. I knew just how he felt (because I felt the same way). That night opened many doors for me. I continued going to the Open Mic along with many 12 Step Meetings and eventually hooked up with other sober musicians. Tired of playin cover tunes I decided it was time to write some of my own stuff. So I did. All those years of active addiction, I had a lot to write about. I simply want to share my story through my music. I know for a fact that wherever we perform be it a sober event, Town Green or a school, someone in the audience is affected by drugs and alcohol. If we can help one person out of that audience, then we are a success. It was no secret when I was active. If everybody in Recovery remained Anonymous...nobody would get sober