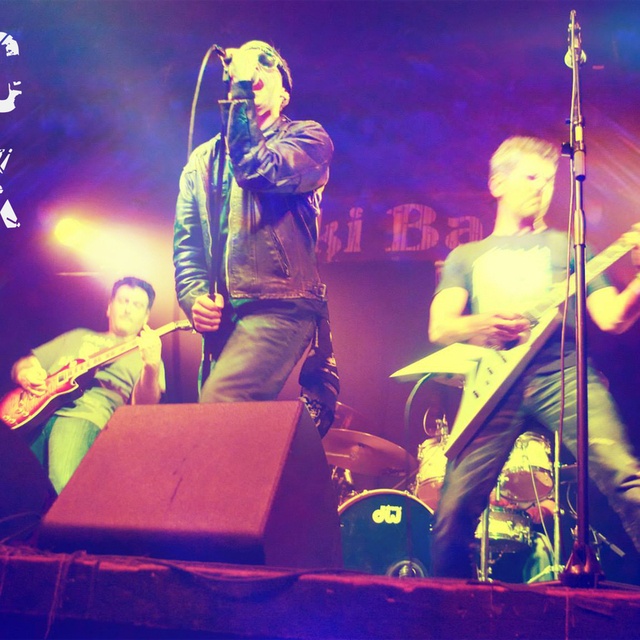 We are looking for a drummer roughly our age (early to mid 40s) who shares a love for 80 & 90s hard rock/metal music.

US: The band formed in 2013 based upon a shared love of 80/90s hard rock and metal. We've been pretty solid except for life circumstances forcing lineup changes. We get on very well without drama and have day jobs and families that keep us grounded. The band brings sanity in a world of stress. We typically practice once a week (usually wednesdays after 8pm ending around 11pm). The rehearsal studio has a full PA and a drumset (can rent cymbals if needed). Typically we practice out of Recess Studios in Santa Ana.

MUSIC/GIGGING: We do our best to play the songs as originally written and honor the songs by not butchering them. It may take time but we put the time in. We have played at the Tiki Bar in Costa Mesa approximately 2x a year and have a decent following of friends and coworkers as half the band works at Hoag Hospital. We try to team up with another band to give the crowd a nice mix of music. For each show, we add some new songs and drop a few of the older stuff.

GOALS: To have fun. We won't be touring or gigging weekly but would like to gig every 4-6 months. Practice makes perfect so we try to meet weekly for rehearsal to bring together new music and have fun. At this point in life, it's about having fun and stress relief. The band allows us to blow off steam from our day jobs. No drugs, please.

Our FB page has pics and videos:
/septicshockband

Screen name:
septicshock
Member since:
May 05 2016
Active within 24 hours
Level of commitment:
Committed
Years together:
4
Gigs played:
10 to 50
Tend to practice:
1 time per week
Age:
47 years

We all have high end equipment and ready for live shows.