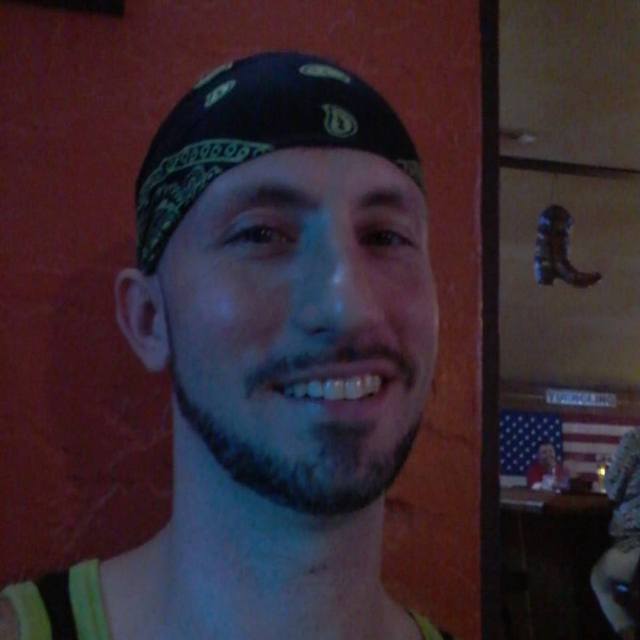 Hey, I'm Shane, I'm a rock/metal singer, and I'm looking to form a band focused on high-octane, colorful, and very freakin' loud music; but not necessarily angry all the time. Too much of that, it's been done, Pantera topped it, it's time for a new direction for metal, I think. Not that I'm adverse to negative, I just don't want it to be the focus.

I put a few videos up, the sound quality isn't so good, but it's what I've got. All agree I sound better in person. *shrug?* I sing down at the Dallas Inn, a lot, on 301 in Summerfield, so, if you want to see me in action, that's a good place for it.

I write lots and lots of lyrics, I sing mid-range, mostly. I'm pretty good with addressing audiences, and being the "showman" a front-man is supposed to be. I also feel that ALL members should have a mic near them, so, if they want to address the crowd, they can. That way, everyone gets the spotlight, not just the lead singer.

I don't play guitar very well, but I've come up with some pretty good riffs and such, that I figure someone who knows what they're doing can play better. All my material stays in my name until/unless the band as a whole gets signed, though. Just a precaution, I'm sure we can all understand that, yeah? Cool.
Lately, I've been really coming up with a lot of rhythms, as well. And much more modern takes on what rock/metal can be, while keeping it organic and raw.

I'm hoping to work with a drummer who can do things similar to White Zombie, or Randy Castillo (from Ozzy's No Rest For The Wicked and No More Tears albums), or Godsmack's tribalish approach. Would love to see the women-folk gettin' down to metal and rock, and not just digital imitation music. So a good rhythm section is key to what I want to do. Let's give rock/metal it's sense of humor and personality back!

I live in the Belleview/Summerfield/Ocala area.

I put a few videos up, the sound quality isn't the best, Ozzy, Sabbath, Van Halen, Metallica, GN'F'NR, Megadeth, Alice In Chains, Godsmack, Jethro Tull (I like it, what can I tell ya?), and just some scattered individual songs and such that give me ideas.

Got 2 600w Rockville PAs on stands with sub speakers....got a 12 channel compact mixer with FX. Shure Mic. Still stuck with using a mic cable, for now, til I get a bit more cash for a wireless mic pickup. So, for now, my PAs just make my solo practice session pretty damn loud and fun.