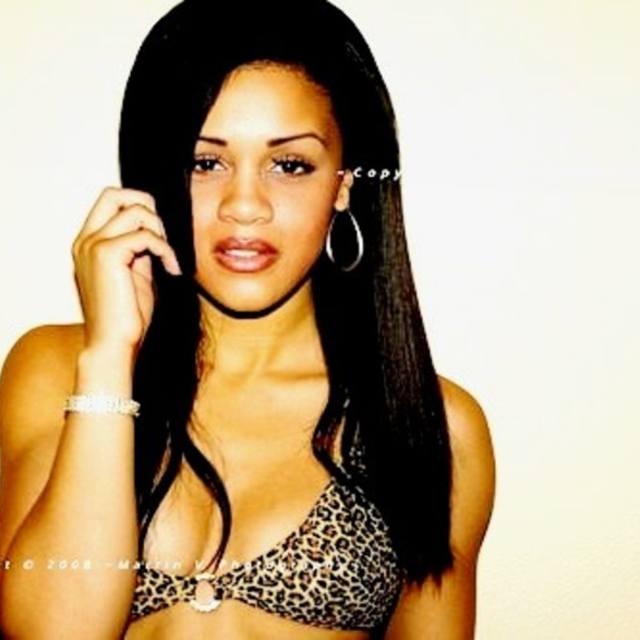 With music that people can genuinely relate to on the verge of extinction, along comes an amazing songstress, Shelly Renee to save the day. With her smooth unique tone, catchy melodies and up beat personality, her undeniable talent is by far one-of-a-kind. With her success to break into the industry through radio play and gaining 100,000+ fans in just a few months, the singer/songwriter whom professionals around the globe hail as "the future," has catapulted herself in the mainstream like a rocket with no intention of slowing down. Compared to the sounds of Aaliyah, Mya and Christina Aguilera mainly due to her versatility, 4-octave range, smooth vocal ability and soothing tone, she has made a major impact on the sound of tomorrow. In her early teen years she auditioned and won a scholarship that was given by the legendary Stevie Wonder to attend The Hollywood Pop Academy where she was trained under Vesta Williams (Classic American R&B Singer), Steven Memel (Maroon 5), Alex Cantrell (JoJo’s “Get Out”), Mauli B (NBC’s Carrie Ann Vs. Bruno Dance War Vocal Coach) Maynard C. Virgil (Cosby Show/Fresh Prince Of Bel-Air), Shane Sparks and Darrien Henning’s whom both work as choreographers at the millennium dance studio. With completing and graduating from her artist development academy she has experienced opening for major acts such as Stevie Wonder, India Arie, John Legend, Tyra Bolling, Huey, Glasses Malone and many more. Along with that she has showcased at many labels and can be spotted in the commercial previews for The Pussycat Dolls Present: Girlicious. Miss Renee is currently in the studio recording numerous hits with well known producers and songwriters and is destined to be at the top of the game in 2009. "I am a sucker for love," Shelly Renee admits, " This year I could've been fine with recording a bunch of love songs but I wanted to go out of my comfort zone and try something different." So Miss Renee recorded music her audience could party to and at the same time would still reveal the innocence of her character. In early 2008 Shelly Renee captured the attention of millions around the country and the world with her smash single "Make You Lose It Ft. Stage." "The Radio Stations All Over The Country and Dee jays all over the world were spinning my single" Shelly Renee Says." They have no idea that my latest single cant even began to compare to what I have in store for my releases next year." The songs that she will release next year consist of a combination of the past and the future with tasteful, seductive, and funky arrangements that separate her from any artist today. "The songs I am currently recording are by far my favorite songs that I have ever recorded," Shelly Renee, admits, "I knew that every single one of the songs that I have chosen to use were hits the moment the beat dropped." Shelly Renee showcases her smooth & sensual side in the slow jam "Can't Do This." a sensual and sexy ballad about walking away from a situation that many girls find themselves stuck in. "I wanted something different, but catchy," she says, "I heard the track and immediately started thinking about one of my friends situations, she was alone with a guy she was really into and had a hard time walking away from staying the night with him." "I use many of the situations that my family and friends go through along with myself as inspiration." Anyone close to Shelly Renee can attest to her growth as a singer and an individual. "It's almost like with every song she does, she gets better & better," says her Team Mates. "I feel like my career is on the rise," Shelly Renee says, "...and I don't see an end to it I'm going to restore that feel good music."