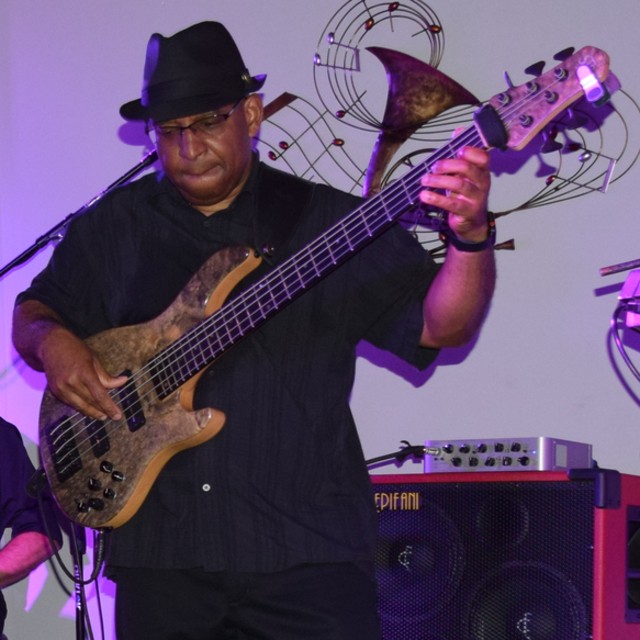 Shawn (Shizz) Liles, was born and raised in North Philly surrounded by seasoned musicians who taught him how to play the funk greats, like "Slide" by Slave, at an early age. While attending culturally diverse Girard College, Shizz realized his affinity for playing rock tunes, like Led Zeppelin and Kiss. While in the Marine Corps, his bass playing was quickly influenced by the world beats to which he was exposed while traveling. While in the Marines, Shizz began to play regularly for the first time with a local rock band. For the next 12 years, Shizz played all types of gigs in Tokyo, including being a core member of the stage band for Tokyo Disneyland in their stage band, doing his first studio work with a British rock band, and performing in a video with Japanese pop star "Sakura" for MTV Japan. Back in Philly, Shizz has played with several of the top cover bands in the area, playing corporate events and private functions around town, as well as Atlantic City and other clubs at the Jersey shore.