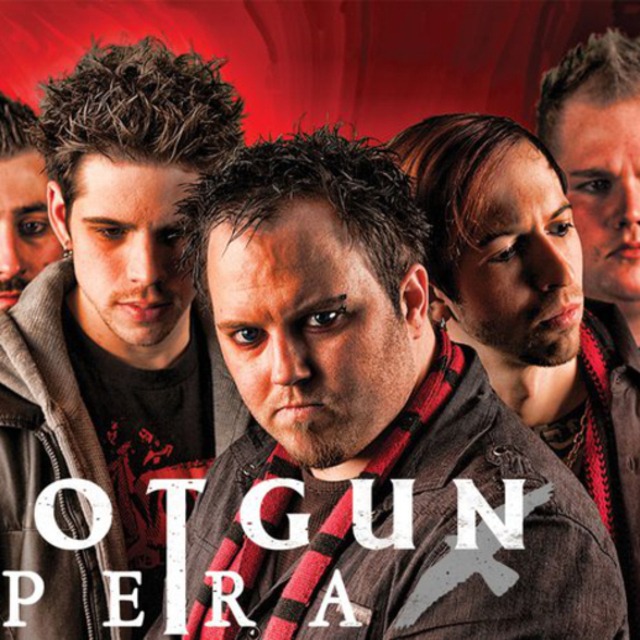 Currently seeking replacement rhythm/ 2nd lead guitarist with experience of writing, recording, and touring. Must have pro gear and be able to put forth effort in all of the above.

Shotgun Opera is a Detroit based hard rock five piece founded in January of 2008 when the Scarzo Brothers (Rory Scarzo on lead guitar and Rich Scarzo on drums) began writing songs with Jeff Cavataio (one of Detroits most impressive hard rock vocalists, formerly of Breakpoint X and Caliber). By June of 2008, they found bass player Chris Nicol (formerly of Liquid Reality), and were ready to show southeast Michigan what they had been working on. Right away, local music fans could see the potential in this lineup, and responded to the depth in their songwriting. Another local musician and producer, Eli Brown also took notice of the energy in their music and officially joined the group in January of 2009. In November of 2010 Rich left the band and was replaced by Justin Rogers, a local drummer/multi-instrumentalist who's experience includes studio engineering, producing, and songwriting. The result is a melodic, heavy mix of energetic hard rock that will surprise you with its beauty and move you with its unique, aggressive rhythm.

Screen name:
shotgunopera
Member since:
Apr 04 2011
Active over 1 month ago
Level of commitment:
Touring
Years together:
4
Gigs played:
Over 100
Tend to practice:
Available to gig:
6-7 nights a week
Most available:
Age:
36 years