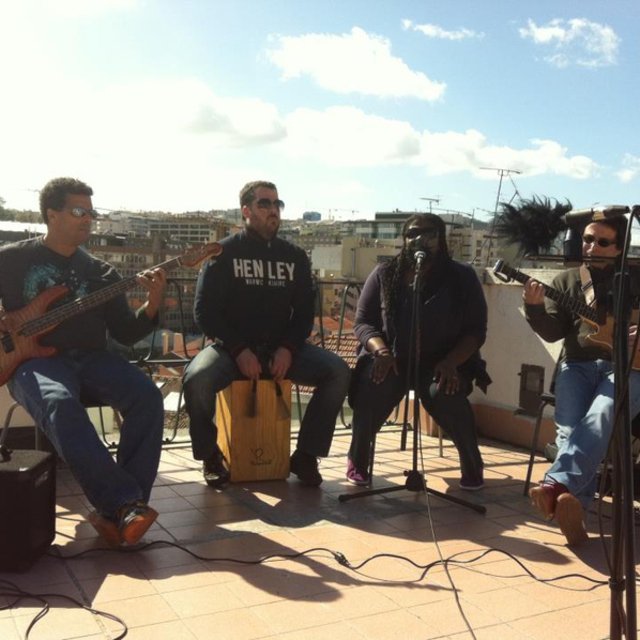 Sierra defines herself as a singer and songwriter, not a singer-songwriter. She brings with her a fresh flavor of pop-rock-soul.

""What sets Sierra Hurtt apart from her contemporaries, from my personal point of view, is not what she let?s out or delivers vocally, but rather what she holds back. Her innate ability to manipulate time and space, in between musical notes and bars, is absolutely stunning." Jamsphere

"If Sade jammed an acoustic guitar and got a little funkier, she would sound like burgeoning artist Sierra [Hurtt], who runs the gamut from Latin to soul music. While her new album, [Stranger], due out April 10, covers many genres it ultimately highlights the singer?s deep, tender, silky voice." Philadelphia City Paper

So honoured and excited to have been asked to perform at this special event! And I'm also pleased to welcome some good friends from Portugal to share the stage with us Philly folk.

Kicking off the Philadelphia Portuguese Heritage Festival with some AMAZING friends from Philly and Portugal:

Do NOT miss this night, guys. It is going to be amazing!

Admission $10 - part of the proceeds to benefit the PPHC

Sierra will perform songs from her critically-acclaimed new CD, Stranger. Joining her will be members of the Portudelphia Project, all the way from Leiria, Portugal.

After the performance, Sierra will be signing copies of her CD. The artists will be available for Q&A, photo opportunities and autographs.