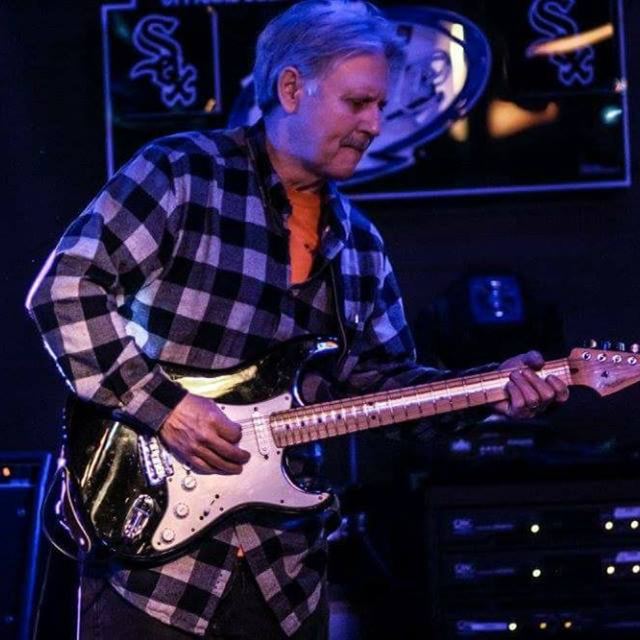 Looking to join a gigging band. I've been working with bands that play a wide range of rock, pop and country from all decades. I am an accomplished lead/rhythm guitarist with recent gigging experience in the Chicago suburbs. I'm adept at most musical genre. My ideal band is not tied to any single style of music.
I sing some lead baritone/tenor vocals, but prefer to do background harmony vocals and focus on the the guitar work (fills and solos).
I cut my musical teeth during the 60's and 70's learning the popular songs of those years, as I played at some of the top clubs in the Dallas TX area during the 70's and 80's. And I've continued to learn and grow musically by adding some of the more catchy contemporary tunes to my list over the decades since.
I've covered popular rock and country in various bands. I had the privilege of being in classic rock bands before it became classic.

Anything that gets me movin' and groovin'. I don't believe there is any song I can't learn.
I really enjoy playing solos of all sorts from the 60's thru today.
My main influences throughout the years have been:
Eric Clapton
Jimi Hendrix
Allman Brothers
Les Dudek
Larry Carlton
Jeff Baxter
Brad Paisley
Jerry Reed
Chet Atkins
Hayden Nicholas
I also enjoy playing more current songs from the likes of:
Kings of Leon
Black Keys
Jimmy Eat World
Foo Fighters
Maroon 5

Everything a working pro guitarist needs.