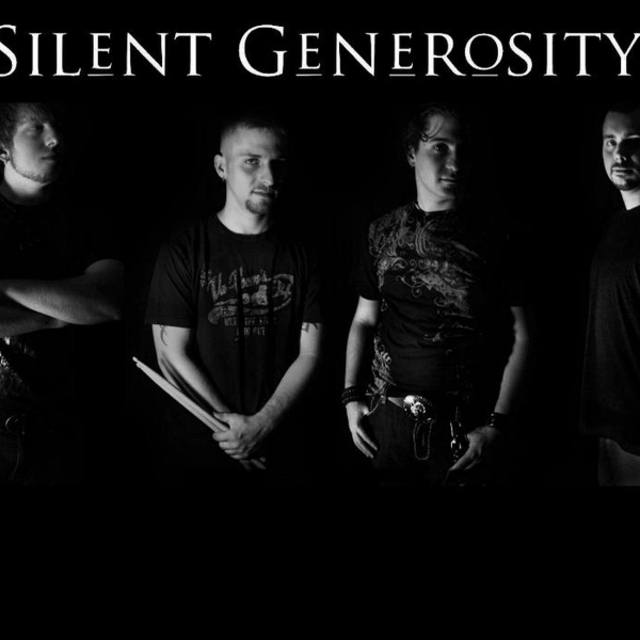 Silent Generosity is a four piece alternative hard rock group based out of Long Island, New York. The band was formed in 1998 with singer guitarist Ryan Parise and drummer Jason Buswell. Over the years the band has achieved a progressively harder sound as their music has began to reflect their hard rock, and metal influences. The additions of Cory Skiseng on Guitar in 2008, and Matt Arvotti on Bass in 2011 round out the current Lineup of the band.

The band recorded their first full album in 2006 which contained the title track â??Disenchantedâ??, â??On My Wayâ??, and â??Break Me Downâ??. This CD became well known among Long Island venues. In the Summer of 2006, they were asked to open for â??Collective Soulâ?? in the Hamptonâ??s after their victory at the â??Heinekenâ?? battle of the bands competition.

They released their second full length recording in 2010 entitled â??Naturalâ?? this offering along with â??Disenchantedâ?? can be found on iTunes, Amazon, and Napster. The CD is available for purchase at shows. â??Spot On LIâ?? magazineâ??s review of â??Naturalâ?? can be found here: ://justarockband/sg/reviews/SGreview.html

Silent Generosity continues to be a mainstay at many of Long Islandâ??s concert venues including Mulchayâ??s, Crazy Donkey, The Downtown, Sundance, and many others. In addition they have performed regularly at many NYC venues including â??The Bitter Endâ??, â??Kennys Castawaysâ?? and â??The Lionâ??s Denâ??, with excellent reviews.

Their credits also include appearances at the Great South Bay Music Festival, opened for â??CREEDâ?? at Jones Beach on August 24th, they opened the 6th season of â??Live In The Lobbyâ?? at the Patchogue Center for Performing Arts, opened for â??Bret Michaelâ??sâ?? on November 9th in Wantagh, and â??Nine Daysâ??, November 19th at Mulcahyâ??s.
Silent Generosity also lends it talents to many charitable events. They co-sponsor the annual fund-raiser for the â??Breathe For Britt Foundationâ?? (Cystic Fibrosis), they have played at the Kite Fly for Cancer Awareness, and the Autism Awareness fundraisers.

Please check the band out on:

://./SilentGenerosity or the bands MAIN website at ://.silentgenerosity for the latest information on the band.