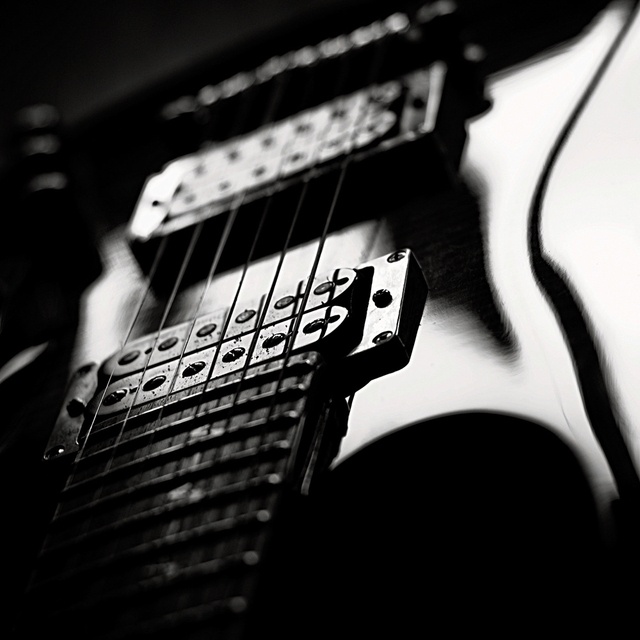 Hi! We're Silver Chariot, a newly birthed Alternative/Experimental Rock band located in the Garland City, Dallas County, and Denton County Area of North Texas hoping to kick off a hopefully small career in the music industry, at least at first.
Formed around late 2018, we, each had the same idea going through our minds to get together and make music that comes from nowhere else but our hearts and instruments. While we're aiming for a unique sound, we hope to integrate a large diversity of subgenres and tones under the Rock and Metal umbrella. We believe that diversity in our future music is good for catching eyes, and with the distinct tastes each of our members have, it won't be too difficult coming up with new and individual numbers.
Exposed to the large array of Alternative, Classic, and Grunge Rock from a very young age, Matthew Leivas conceived his brainchild that is Silver Chariot before he realized it. A dreamer, a downer, an optimistic pessimist, he hopes for the best future for our band, yet he struggles with the art he labors away at. As the lead guitarist and one of the fathers of Silver Chariot, he holds high expectations for himself and his skill and wants to introduce flexibility and individuality with his songs to our band. Matthew takes most inspiration for his works from the likes of Weezer, Johnny Cash, Pink Floyd, Queen, Radiohead, and Metallica.
Born into a family of Metal and Alternative Rock, Joseph Wolfe was no less enthusiastic than the rest of us when getting to become a member of Silver Chariot. A lover of music, all its nuances, and noises, its meaning, its journey, Joseph holds his music at very high standards. As the bassist of Silver Chariot, he refuses to be seen as anything near plain. His hopes for us are nothing less than successful; an impatient and joyous person, he plans to bring strength and sensitivity to our songs and art. Prideful, confident, flamboyant, and a talented musician capable of composing excellent riffs and musical ideas, he takes most of his inspiration from Muse, Nirvana, Radiohead, Metallica, Deftones, and Nine Inch Nails.
A mainly Classic Rock, Prog Rock, and 70s, 80s, and 90s Pop Fan, Elijah Arizmendi, with Matthew Leivas, helped aid in the conception of Silver Chariot. With a vision of grandeur and musicality for Silver Chariot and a set of intensive years of self-taught piano skill and some vocal experience, Elijah stays determined to keep Silver Chariot a band that will never become boring. A group medium, and proud of it, he hopes to bring some powerful emotion and humanity to the dynamic of our music and band itself. On the off time, he enjoys listening to the likes of Queen, Pink Floyd, AC/DC, Hall and Oates, Wham!, and Radiohead.
Michael Mckenzie can be seen as an odd-one-out in Silver Chariot, though the title has an oxymoronic nature. Appreciative of music in more experimental and unorthodox forms, Michael sees each song as its own story, not as the cliche would say, however, whether the music is faceless, noisy, white, black, gray, popular, or dull. As the appointed and trusted mixer, master, and engineer, he can't bring himself to misunderstanding any of Silver Chariot's works or altering the true beauty and sound we create. Each of our visions will be seen and acknowledged, he hopes, and he can be a supporter in darker times for the band. While he appreciates all sounds, he prefers to listen to those from Linkin Park, Rivers of Nihil, Nitro, Celldweller, Frums, and KIVA.
But, we won't be a fantasy for long. As of now, we're working on writing new material for a Debut EP that will serve as a fitting summary for what Silver Chariot is and what it can be. Although jam sessions and practices are a bit tough to schedule in the current times, we plan to put our blood, sweat, tears, and soul into each note and measure we craft with our hands when we get the chance to meet. As we're barely taking our first steps in creating music, we hope to record several demos and singles to upload online in hopes we can get some feedback to lead us in the right direction.
Though we have our music and sound to look forward to, we believe that our band cannot be complete without a drummer to compliment us and our future music. So, we are looking forward to the offers and auditions that equally unique, confident, musical, and appreciative people will bring to our new band, Silver Chariot!

Screen name:
silverchariot
Member since:
May 16 2020
Active over 1 month ago
Level of commitment:
Very Committed
Years together:
1
Gigs played:
Under 10
Age:
19 years