Simple Me + Musician in Southfield, MI 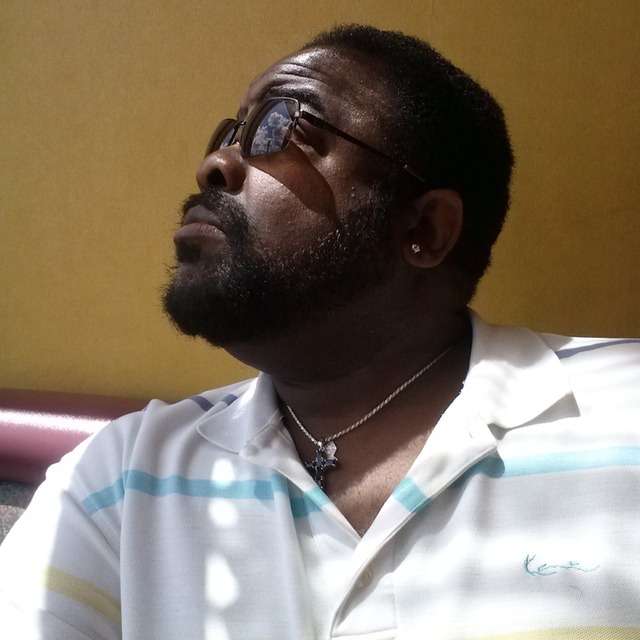 David Hardesty Motley’s singing career spans over 30 years and counting. On the professional level he has sung background and opens for such artists including: DJ Rogers, Jennifer Holiday, and the late great Dannibelle Hall, Andr’e Crouch, Amy Grant.
During the 70’s he had his own music group in which performed concerts all over Michigan. After high school he became a member of Up with People traveling all over and also during this time he also had the chance to perform with some of gospel music famous musicians.
While Attending Great Lakes Bible College in Lansing, Michigan he traveled for the school and open for well known artist such as: The 2nd Chapter Of Acts, Andres Blackwood &Company, Tony Comer and Crosswinds. Also The Imperials, and Amy Grant, and the late great Phyllis Hyman.
David organized several groups in his early years, writing and arranging all of the music himself. In 1984 The group “POWER” recorded a song honoring his mother. The NAACP Oakland California branch voted him “Best Male Vocalist” in 1987.
During the late 80’s David relocated back home to Detroit and re-joined “The Donald Vails Voices Of Deliverance. And going back home to his roots, he was a member of
“The great Lakes Jurisdictional Choir, under the direction of Mrs. Jean Jones Anderson.
He also sang in “The International Churches Of God In Christ Choir, under the direction Of the Late great Dr. Mattie Moss Clark. Under the leadership of these two great women of music and “The Holy Spirits” guidance and protection he truly learned the meaning of bringing the word in song
Later He joined Indiana Avenue Chorale, under the direction of gospel recording artist
Linda Evans Fraser. He left the group to continue to pursue his ministry in music. He has also done several concerts for HIV, and Cancer. He has been a great asset to the community.
David’s purpose is to spread the word in song that someone might be helped, heal and except Jesus in there hearts. Because thy word have I hidden in my heart that I might not sin against thee......thus says the word of God. He has been a minister for the Lord for a longtime and finally in January 2004 was ordained in the midst of his greatest challenge to date! He is not only working on a new release No Greater Faith and More Than Just A Gift 2005 also a tour of the USA and Europe for 2005-2006 he will bring music and the word to all whom will hear. His ministry is one of great promise and spirituality and blessed by God. On November 2012 he will release his 7th CD to date which will contain some of his favorite love songs; also songs that will make you love the ideal of love. Also a new not one but 2 new books one a biography, and one a love story books released in Dec 2020 2 new CD’s Chimes of Christmas, I never left home release date Feb 14th 2016, Timeless blue released on June 2021. Also looking for piano player to help with forming a band...!