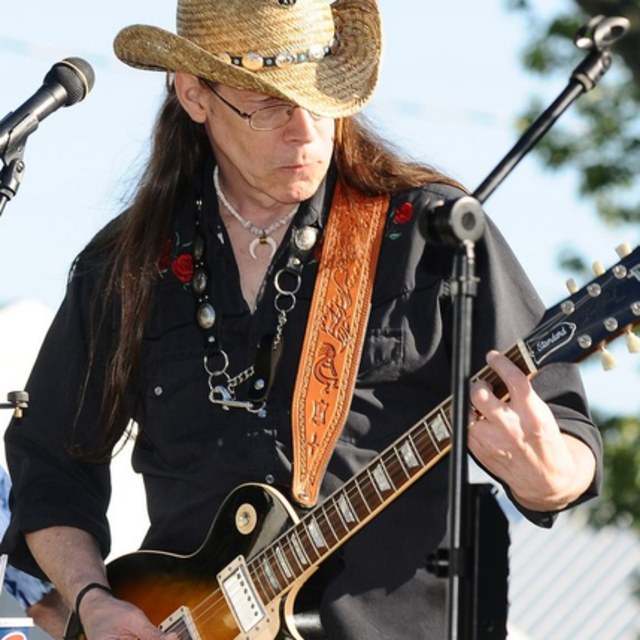 Mature, experienced musician, started back in the 60's, learning to play the saxophone in the school music program. I learned to read music and play well with others. After learning the sax, I also took up the flute, the oboe, and the bassoon. But I quickly found out that bassoon players weren't considered ver sexy, so I got a guitar and learned all the chords from a book of Beatle's songs. Some people have told me I can sing, but I'm not sure I believe them. I'm fairly gig-worthy, having played at such venues as The Black Cat, The Wax Museum, The Bayou, The Psyche Delly, Desperado's, BB King's Lounge in Manhattan, The 8x10 in Baltimore, and numerous frat houses, bars, clubs, and bowling alleys on the West and East coasts.

(All artwork posted to my profile is original, created and copyrighted by me. Please don't distribute freely. Thank you)

Screen name:
Sixstringsax
Member since:
May 30 2009
Active over 1 month ago
Level of commitment:
Very Committed
Years playing music:
40
Gigs played:
Over 100
Tend to practice:
More than 3 times per week
Available to gig:
4-5 nights a week

My influences are the usual classic rock and pop bands and guitarists such as Terry Kath of Chicago, Eric Clapton, Rory Gallagher, Angus Young of AC/DC, Alvin Lee, Steve Stills, Mark Knopfler, Keith Richards, Tommy Bolin. I never cared much for shredders, progrock, or speed riffing, preferring to go for a melodically rhythmic approach with a bluesy, folky feel, although I really enjoy letting go now and then, trying to reach a frenzied level of transcendence a la Neil Young or Johnny Ramone.

I also like the sounds of jangly power pop guitar like the Kinks, The Strokes, The Records, Violent Femmes, The Smithereens, The Pretenders, The Flaming Groovies, Greenday, Graham Parker and the Rumor, Franz Ferdinand, Cheap Trick, etc.

Finally, add the whole world of folk and country/western music. As a guitarist, I only recently began to incorporate the playing styles of great musicians like Scotty Moore, Brad Paisely, Junior Brown, Deke Dickerson, Roy Clark, Jerry Reed, Vince Gill, and others.

As a sax and flute player, I’m in the King Curtis, Junior Walker, Clarence Clemons school of melodic honkers and screamers, with occasional detours into trad jazz, fusion, and funk. Weather Report with Wayne Shorter had a huge impact on me.