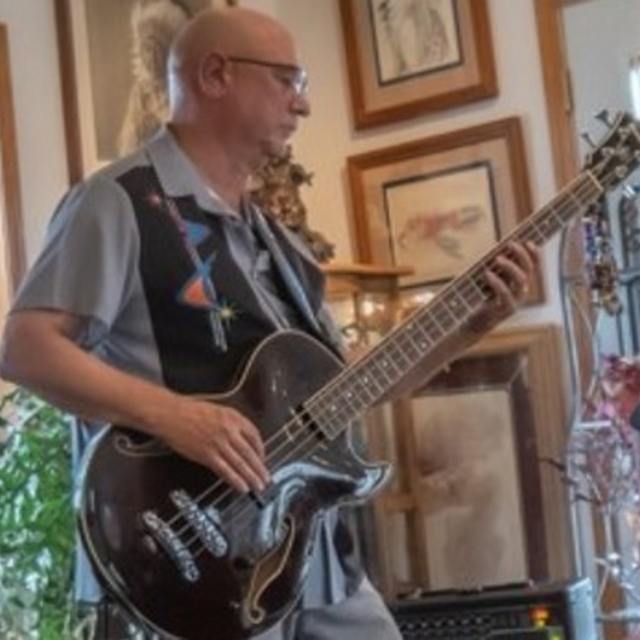 I would like to get out into the clubs on weekends, make some money and have fun doing it. Actually, I have played just about everything and could probably be convinced to play just about anything. Currently putting a new project together. Looking for a female vocalist who would be interested in working together on writing and performing new material. We are doing mostly Americana – Blues but would be open to alt-whatever. We are Guitar and Bass looking to collaborate with and support the right vocalist and then pick up drums as we go. We have had a couple of successful projects the last few years but we would like to work more on original material.

Little Feat, The Band, Cream, Smithereens, and the Kings of Leon are doing some nice things. Listening to a lot of John Hiatt and John Hammond. Ray Wylie Hubbard too.

Rocking an Ibanez bass. Running a Gallien Krueger micro head through some speakers that I built.