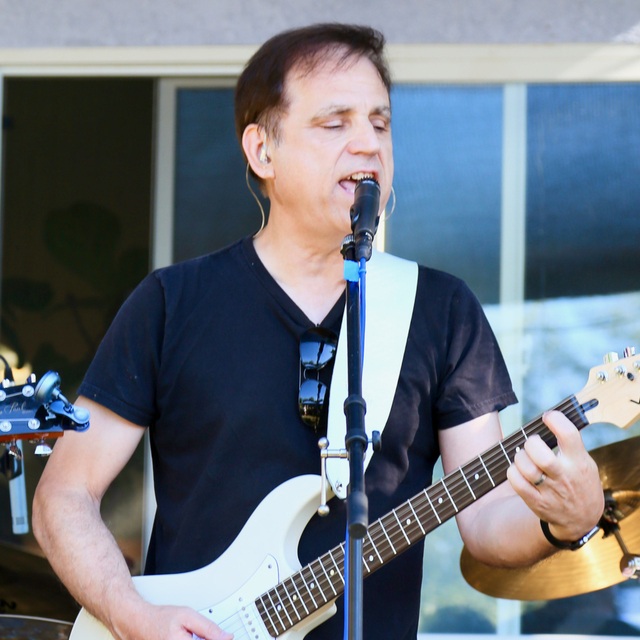 I started as a drummer for rock bands when I was in high school. Then worked as a studio musician for most of my college days playing mainly guitar and keyboards. Currently, with bands, I do vocals and play rhythm guitar; though I do play a lead solo from time to time. I moved to the San Jose area after college and gigged with bands heavily for about 4 years. I grew bored with gigging at clubs and doing covers, so for quite a few years I focused on my family and a career in tech, built up my studio, and continued to write and record music. In the last few years, I have gotten back to playing a few gigs here and there, trying to focus on original music. Now I'm looking for the right group of similar-minded musicians. In addition to gigs, I want to build up a large be following for videos of original songs (a few covers too), and do some live webcasts -- something akin to Band Geek but focused more on original music. I write a lot of music with Matt Kramer, all the songs in the audio tracks at the top of this profile were written by Matt and me. I would love to collaborate with others to write and perform new songs. Check me out further at stevemansour dot com.