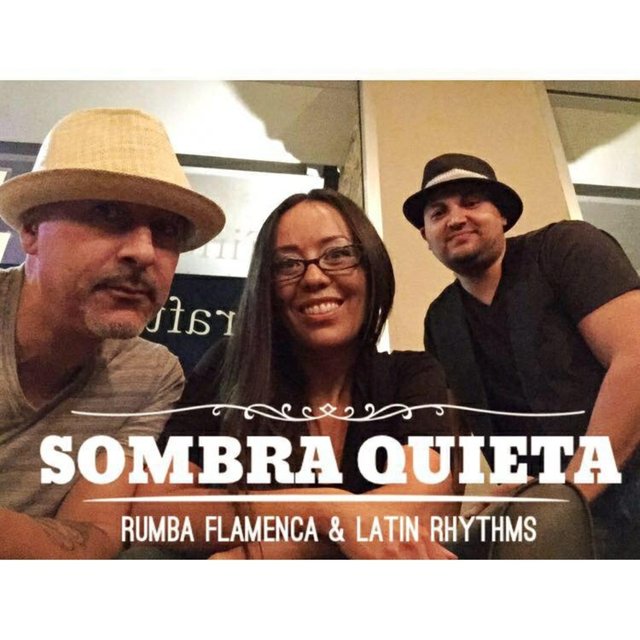 Sombra Quieta is a band that fuses traditional Rumba Flamenca with Bossa Nova, Latin Jazz, and Middle Eastern influences to create a flavorful, moving and rhythmic style of music.

Sombra Quieta performs both originals and cover songs in the musical vein of the Gypsi Kings, Ottmar Liebert, and Latin jazz greats.
The band members are from an array of musical backgrounds, such as Flamenco, Salsa, Funk, Jazz, Afro-Cuban Jazz, and World Beat. This mixture of musical influences is what makes Sombra Quieta’s music so attractive and appealing to all audiences. Sombra Quieta’s performances prove to be hypnotic, tugging the audience to its feet, yet it equally transitions into high-energy guitar and percussion solos. The vocals go from dreamingly gentle to unrelentingly demanding your attention. Sombra Quieta has hit nearly every hottest venue in the Los Angeles, Orange and San Diego County, as well as the Inland Empire.