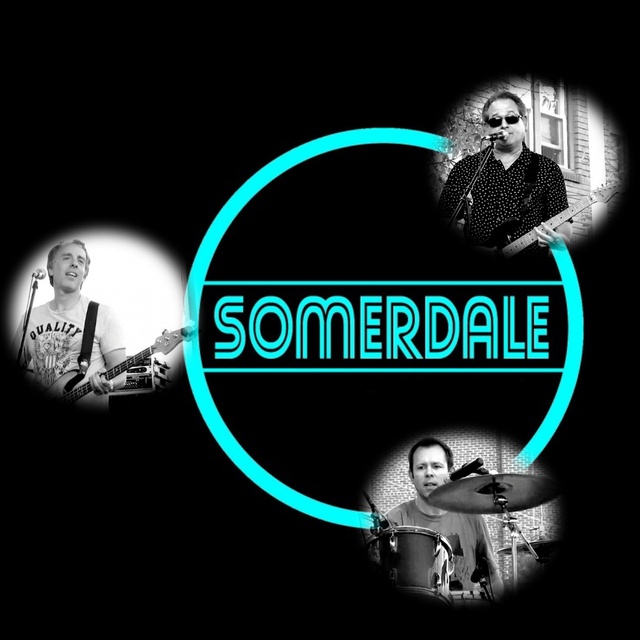 Based in the heart of South Jersey, this 3-piece band SOMERDALE, formerly known as The Shags, is comprised of Chuck Penza, vocals and bass guitar; JJ Fennimore, drums and backing vocals; and James Caputo, vocals and guitar. They cleverly combine the introspective songwriting of Badfinger, the frenetic energy of The Who, the gorgeous harmonies of The Beatles and the quirky playfulness of Fountains of Wayne, and ends up with what you might expect - a very fun, very catchy, slice of well-crafted 70s-tinged pop music. SOMERDALE is old school power pop done with new school spirit and verve that take you on their personally guided "musical history tour" of sweet harmonies and guitar pop.

Screen name:
somerdalemusic
Member since:
Jul 08 2018
Active over 1 month ago
Level of commitment:
Very Committed
Years together:
13
Gigs played:
Over 100
Tend to practice:
More than 3 times per week
Age:
50 years

Described as "old school power pop", SOMERDALE cleverly combines the gorgeous harmonies of The Beatles, the frenetic energy of The Who, the psychedelic aura of David Bowie, the slashing guitar rhythms of The Rolling Stones, the throbbing bass lines of KISS, and the unbridled joy of The Raspberries.