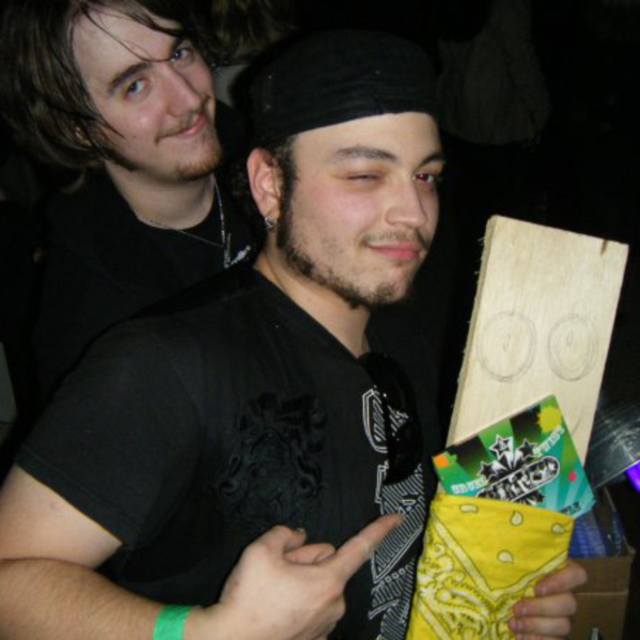 Something's Missing is an Alternative/Experimental "Rock" band with a blues/jazz/ influence to it. We are hard hitting at out high points, and mellow and soothing at our lows. Right now the band consists of me (Alex, or "Pubes") and Lou, or "Sweet Lou". We are the two guitarists, and we're seeking the rest of the band. A Drummer, Vocalist, and Bassist are needed, but if a keyboard or Sax player comes along, that would be a great addition to our sound. We've performed at countless venues and played in several bands during and after constructing this one, ranging from Pop-Punk to Hardcore; however, this band represents our true influences. Currently, we are the Bassist and Vocalist (respectively) in a Hardcore band that lacks a drummer and progress, and we're tired of going no where fast. Anybody interested in playing intense, angst-filled, complex and mature music on a semi-professional level should hit us up. We're serious about our music, but we know how to have a good time too =P.

p.s. - We don't have any music uploaded here for copyright purposes, but let us know if your interested and we'll be more than happy to send you some of our work.

We currently rent a studio space in The Bronx containing all of our equipment. We have 24/7 access to it, and it also has several bands/engineers in other rooms that prove usefull for tracking, gigging, and networking in general.

We also have a slew of recording equipment, since I am an engineer and Lou is savvy with these things as well, consisting of several interfaces, studio monitors, a mixer, Mics, DAW's, etc. But thats a list for another time...