Source of Noise and Reason + Band in Jacksonville, FL 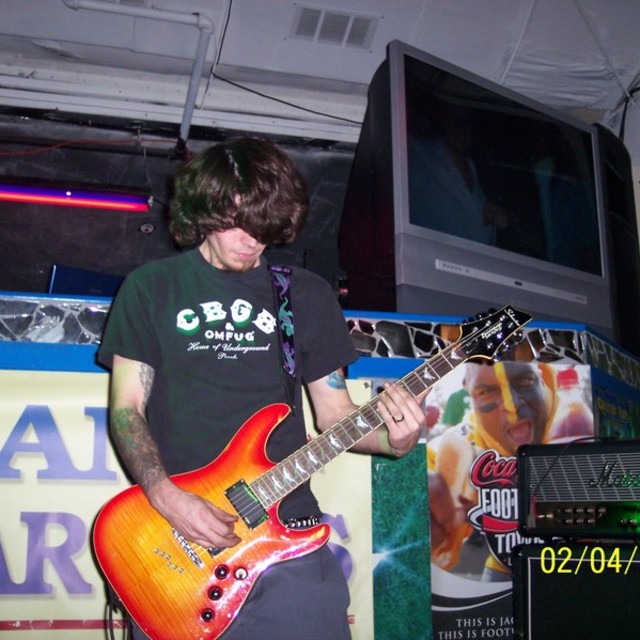 S.O.N.A.R (Source of noise and reason) is a 5 piece hard rock band from Jacksonville Florida. Formed in mid 2003 by drummer justin Calfee, singer David moon and guitarist Blayne Robinson. They then enlisted bassist Stu Kral and guitarist Mark to fill out what would be come S.O.N.A.R. Sonar played their first show in November 2003 at the Freebird with such local bands as burn season and Opiate. After a couple months of the band has been constantly playing shows all over north east Florida. They have played at such venue as Jackrabbits,Freebird live, thee imperial, Mui Isle, Fubar,Eddie c's, The landing, Connection in Tampa and many more. IN October 2004 they became the winner of the ultimate Jam. A battle of the bands with over 102 bands, 3 months and 14 city's with a prize of $10,000 to the winner. The band surprised many people including them self placing 1'st in the second round and with the win. They have received press in the folio weekly, Florida times union and navy times. They are sponsored by curt Magna strings. Sonar went into the studio and recorded their 3 song demo with engineer Jeff Tomei (smashing pumpkins, Alice in chains) after 2 months they went back in and recorded the new songs shut me and sorry again doing last minute suggestions by jeff on both songs .With planes to use jeff as a full fledged producer and engineer to finish up their CD for the tracks society, the slate, break your face and intro/outro. They have attended the connection international music festival in Jacksonville. Showcasing their music for many major industry people. gaining new fans and support from major peronality's such as MTV Australia's Shorty Brown and making friend's with bands from all over the US. S.O.N.A.R is a band on the rise with a high energy stage show. The band constantly goes the extra mile for their fans talking to every one and knowing how important they are to the success of the band

Screen name:
sonargtr
Member since:
Dec 30 2004
Active over 1 month ago
Level of commitment:
Very Committed
Years together:
2
Gigs played:
Over 100
Tend to practice:
Available to gig:
6-7 nights a week
Most available:
Age:
years