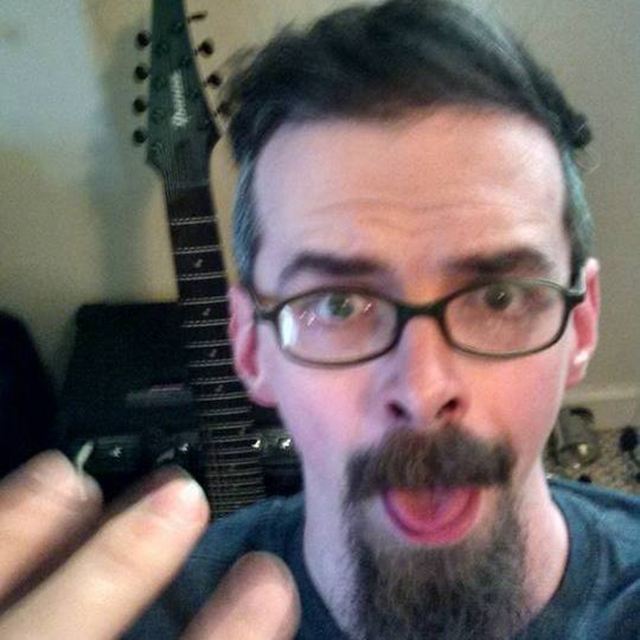 I really got into music when I was just a little boy, probably around 8 years old. My parents and I went to a friends house where they had a chicken stew party with a small jam band. When they finished playing I got to play on the drums for the first time and my family couldn't believe what they heard. So I gotten to borrow the drumset as long as I had good grades in school and ever since then I've snowballed into music. Ever since I could remember I've always been into metal/rock. I really got into Metal alot more when I first started High School. I really wanted to start a band but I knew that people at my school weren't really into that sort of thing except for a very small portion of us, but not all of them were musicians. So I started to create my own band with Fruity Loops and that's when I started to learn alot about editing and sound recording. After high school, I wanted to be in a metal band but the bands I could find weren't heavy enough for me and I never really got into a band until I was about 24. I've played live alot and I've also practiced alot. I've also been in bands where I knew it wasn't going to work. I've played alot of acoustic guitar during my 20's up until I was 26. At that time I was highly influenced by Misha Mansoor and Tosin Abasi when Animals as Leaders released their first record. I was so blow away that I went out and bought an Ibenez RG8 and tried to noodle around with it. I've written a few songs back in 2014, but after that I went into a dark whole in my life and now I'm back and ready. I've got space, equipment, and some practice waiting to be used, just need to fight the right people.