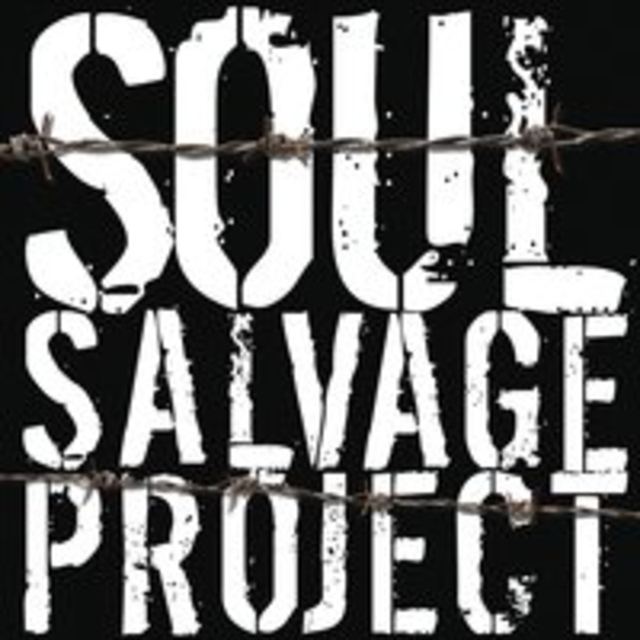 Soul Salvage Project is a Blues/Americana Band with an uplifting/encouraging message. They play in any venue, including Night Clubs, Festivals, The Street, Restaurants, Motorcycle Rallies, Churches, and Private Parties. The band's main focus is to reach the world with the love of Christ with music that earns secular respect. Angela relocated to the Southern Wisconsin/Chicago Area leaving behind her band of ten years where she performed as lead singer, songwriter, and band leader.

Angela has a well documented 10 year history with her band in the New Orleans/Baton Rouge area. She is an avid motorcyclist and began her career playing at biker rallies. She is interviewing musicians to include lead guitar, rhythm guitar, bass, drums, background vocalists, harmonica, and a possible horn section and keys. She is a devoted professional and would like to begin touring. She will also be interviewing sound technicians (preferably with their own gear) and managers. As a candidate, you will receive the band's music and charts prior to your audition.

In the Southern Edition of her band, Russ McDaniel was lead guitarist, Daniel Foster was rhythm guitarist, Rob Boudreaux and Jason Esler were bassists, and Riley Blackwelder was drummer. This band is continuing in the tradition of Soul Salvage Project under a new name with a few new additions.

The genre that Angela has focused most on is Blues/Americana with a Country/Southern Rock feel but is open to adding other genres to relate to a larger and possibly younger fan base. She will consider doing studio work with groups or individuals, especially those who are needing background vocals, duets, or lead vocal tracks.

Angela is a national speaker/entertainer in Federal and State Prisons (both solo and with the SSP band local/regional) for well-known evangelistic national organizations such as Bill Glass Behind the Walls (Dallas), Fly Rignt Inc. (Alabama), Inmate Encounters (Orlando), and The Winning Edge (Texas), Cornerstone Church (San Antonio).

In late 2016, she released a new 5 song EP as Soul Salvage Project, produced and recorded by Jonathan Treeby of JT Studios. Formerly from the northeast, J.T. has been in music his entire career beginning as national/international touring musician. He was the keyboardist for the Neville Brothers, the Great B.B. King, and others. Having a terrific ear, he then rolled into the recording industry, eventually buying a multi-million dollar studio on the North Shore. He is a well-known producer, engineer, manager, and musician. He played keys on the Soul Salvage Project EP.

Angela Wolf and the SSP Band have been featured on CBN's 700 Club, interviewed by several radio stations in the New Orleans market, and have been the subject of many press publications articles including Christian Life Magazine (Baton Rouge).

Angela sought to emulate male vocalists in the 70s and 80s as a young artist so her vocals are not at all the typical feminine sound on the charts today. She originated in heavy metal, moved to Pop, Classic Rock, Chrisian Contemporary, Black Gospel/Sprituals, and finally to Blues and Americana. Currently her sound is often noted to resemble a tenor version of Janis Joplin, the energy and gutsy punch of Carolyn Wonderland, the distinguishable vocal character of Jennifer Nettles, with the smooth presentation of Ashley Cleveland. If you are not familiar with these outstanding artists, Google them and you will have an idea of Angela's sound and capabilities.

She pays tribute to her awesome SOUTHERN EDITION BAND MEMBERS:
Russ McDaniel began playing country music as a young man but is extremely versed in the blues and classic rock genres. He is a music fanatic and has a very eclectic music collection and thus influenced by many. Russ began playing acoustic and developed a very recognizable style, resembling that of Willie Nelson. He heavily emphasizes the bass notes in his rhythm, creates grooves, and composes leads that make the band's music irresistible to audiences. He has perfected his sound using a combination of amps, heads, and pedals that cause guitarists to line up to talk to him at each gig. They all want to know, "How did you get that sound?" Russ played traditional Christian music in church for years, and is now a core member of his church's praise band, embracing Christian contemporary music with great enthusiasm.

Daniel Foster began as a drummer with SSP and has migrated to a rhythm guitarist. His rock style marries perfectly with lead riffs and rhythms. Daniel traveled the world doing Christian Rock in the 1990s and since then has written many of his own songs. He also produces his own gospel Public Radio Show on Sunday mornings in Baton Rouge. Daniel has been in the Live Sound profession for more than 15 years. His career includes studio recording, running sound on the field for the televised LSU Football games, lead sound engineer for the Bethany Churches, lead AV engineer for major conferences in the New Orleans and Baton Rouge area, as well as running sound for big bands in the regional area. His experience has been a tremendous contribution to SSP. Daniel works tirelessly to transform the band's sound and performance using in-ear monitors, click tracks, and video. His in-house studio has produced the audio for many of SSPs videos and sample music.

Rob Boudreaux is a marvel as a bassist. His funk interests and jazz experience have really created a groove for the band that is irreplaceable. Rob also plays piano, mandolin, and acoustic guitar. He has written many complex and compelling instrumentals. His musical flexibility has added a whole new facet to SSPs sound helping them to morph from a full produced live sound to a stripped down acoustic bluegrass style for tIny indoor venues and live radio show settings. Like the other members of the band, Rob has an eclectic music interest which has added tremendously to the influence of his style. He loves contemporary Christian music and has played in many church bands over the years. (In late spring 2017, Rob left the band to move to the Denver, CO area and was replaced by Jason Esler.)

Riley Blackwelder, the newest member of SSP, is certainly not new to the music scene. He has been playing drums for more than 40 years! He is new to the Blues/Americana genres but you would never know it. He began a professional career as the youngest member of a touring band right out of high school. Prior to moving to Louisiana, Riley played with the same Florida band for more than 15 years, performing everything from Swing, to Top 40, to Classic Rock. His laid-back personality fits well with the band.

Open to other instruments Fiddle and Banjo as well.