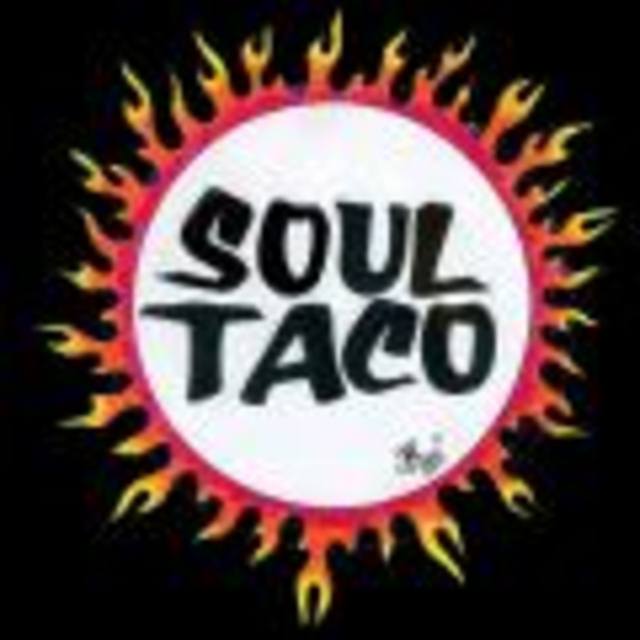 You finally get to meet the band that your mother always warned you about! The ever-lasting gobstoppers of Californiaâ€™s music scene, Soul Taco. So lethally infectious that releasing these guys on mainstream America should be, and probably is, illegal in most states! Not just another fake bake punk/boy band, not some gravel throated death dealers. Just the pure all natural bottled right from the source real rock and roll with all the guts of the past and style of the future.

Soul Taco was formed in 1996 by Ray Madonna (drums), Ron Walton (percussion), Adam Condra (horn) and Guy Jones (lead vocals/guitar), as a Latin/soul project but was quickly diagnosed with a distinct problem, they just didnâ€™t sound like a Latin/soul project. With thick catchy guitar licks, honest homegrown vocal expressions, precision drum lines, and strangely prefect horn jams that put a signature spin on the oh so predictable rock â€˜nâ€™ roll rut you been stuck in. So it only made sense to add three of the badest cats to get kicked crossed the ally! In late 2001 Soul Taco added Billy Rainey (lead guitar) who allegedly must have a guitar within 5 feet of him at all times! The count of cool The Reverend Dan Walker (percussion/vocal), and Mr. too damn funky to be in a metal band, Angelo Lavagnino (bass). The new additions would concrete the band as a unit, making Soul Taco into one uniquely smooth with just the right kick Rock nâ€™ Roll band.

Soul Taco is scheduled to release a fifteen track cd on High~Fi Records in Feb 2004 and will tirelessly continue to perform in the state of euphoria (or California as some would call it). They proceed to take back the world of true music that has been lost in the sea of formula record making and the spit shined pandering of originality. Soul Tacoâ€™s music speaks for itself but their live shows will put a spark in your step and boogie through your bones. Much love to those of you that choose to help the Taco accomplish their goals of bringing their music to the people.

(Until updated on this site)