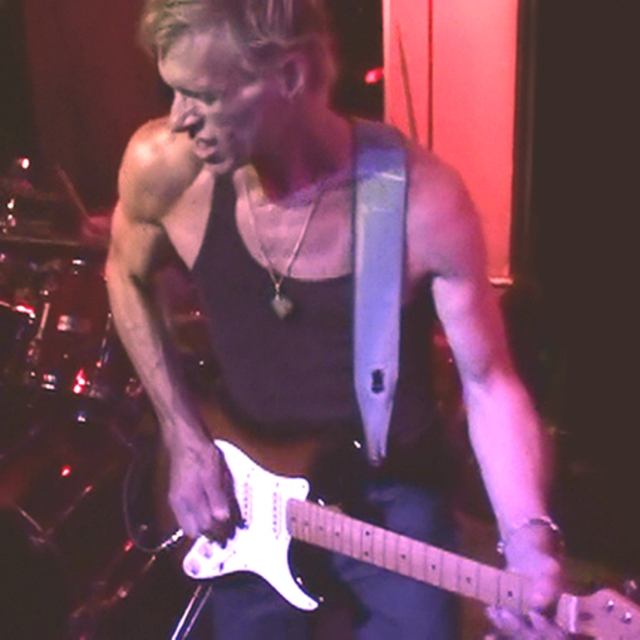 Dec 1 2010: currently "on sabbatical" since I'm in the middle of cancer treatment. My March 2011, I'll be jumping back into the game.
Some history:
A 35 year veteran of the local Boston Area music scene. Lead guitar player most recognized during the years with Rick Berlin's various bands. We were one of those "should have made it all the way" bands that somehow didn't. After Berlin there was a brief period where I had an original rock band, but that quickly shifted into a working Mowtown /soul covers wedding band. After a year of that , I couldn't stand being treated worse than the kitchen help at most wedding receptions we played at, so I ended that enterprise. In 1990, I was fortunate enough to get a chance to audition for a gig w the John Hiatt touring band, which I did get. During the 1st tour I was 1 of the 2 guitar players besides Hiatt, the other played slide. The 2nd tour to New Zealand, and Australia in '91 I picked up slide guitar, learning Sonny Landreth & Ry Cooder's parts. So glad I did, as slide guitar has become one of my newer developed skills. I like open tunings, Ry Cooder Bonnie Raitt and David Lindley are my favorites. My current role is singer/songwriter lead guitarist. Been writing ever since the Rick Berlin years. Recently been doing solo & duo shows, since assembling a full rock n roll band has seemed elusive. Available Bass players have been the hard ones to find..So when I am recovered from my current health challenge, I will be looking for a percussionist 1st, then a bass player

So far just me & David Robichaud

I have many guitars and amps,drums, some PA gear. I own a recording studio called Bluelight Recording in my house in Concord.