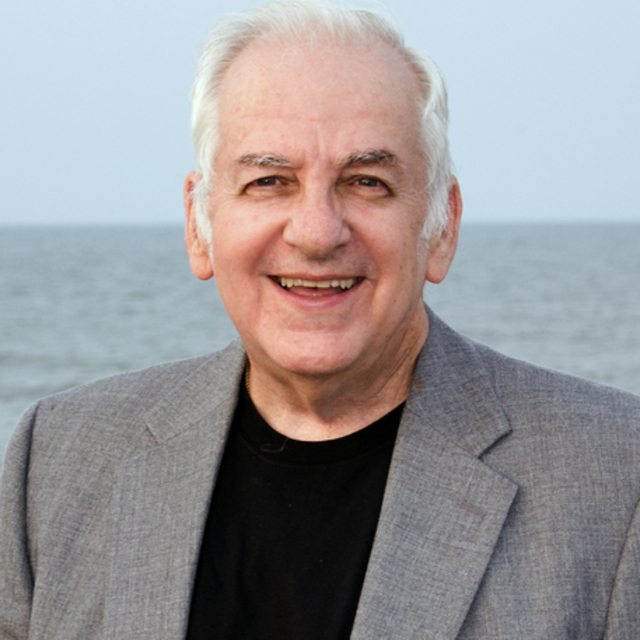 Currently living in Jacksonville Beach Florida, Steve Scarborough is working in the genre of big-band, swing, and a little bit of old time rock ‘n roll. His love for music can be traced back to New York City where, at the age of four, his parents heard him picking out melodies, by ear, on a piano. Steve’s desire to perform became evident when a couple years later he would use a picnic table as a stage and imitate Elvis Presley for the neighborhood kids and parents.

Steve’s formal musical training began in Jacksonville Beach, FL where he attended Duncan U Fletcher Junior High School and learned to play the trumpet. While still in junior high school Steve acquired his first electric guitar and started branching out to other forms of music. While he loved playing his guitar, his instrument of choice was the trumpet. He continued his formal music training by playing in the Duncan U Fletcher Senior High School band and by his junior year earned the position of 1st chair trumpet. His urge to perform grew and he played solos at several district and state competitions and played in a trumpet trio at the New York World’s Fair in 1964.

After graduating from high school Steve attended Jacksonville University for his freshman year then moved to Georgia as a music major where he learned to play multiple instruments such as violin, viola, and flute. While living in Atlanta, Georgia Steve continued to play guitar and increased his repertoire of instruments by playing the piano, organ, and harmonica.

Steve played in several bands in the Atlanta and Northeast Georgia area playing rhythm guitar and singing backup harmony vocals. He was forced into singing lead vocal when the lead vocalist came down with laryngitis and was not able to perform for a gig. The lead vocalist turned to Steve and said “You know all the words. You’re able to do this. Go out and sing your heart out,” and he’s been singing ever since.

An opportunity came along for Steve to try something new, that is, performing as a solo artist. He played for several years at a local restaurant in Atlanta before forming a new band called the Lords of Sound. After three years the Lords of Sound broke up and he had the opportunity to return to Florida.

He took a break of several years to pursue other interests and get a so called “day job”, but still played and sang for friends and family. Not wanting to stray too far away from the music business Steve worked as a sound engineer for the musical group new Dawn from the Neptune Baptist Church. At that church he became a soloist and also assisted the music director.

In 1996 the Darryl Stephens and the Country Edition band took another break, but this time only for a year. After a year Steve was ready to start performing again so he called his friend, the keyboardist Sally, and asked her if there were any musicians interested in forming a new group? To his surprised Sally answered “yes, in fact it’s the band that she was currently playing in.” It seemed that, the lead vocalist and leader of that band had just quit leaving them with gigs to play and no one to sing the lead parts. He agreed to take over that existing band and the name of the new band became that Darryl Stephens Band. The Darryl Stephens Band continued to play until 2003. It became apparent to Steve that the demands of holding down a full-time day job and performing at night were just too much.

A few years after retiring from his day job, Steve got the urge to perform again. He would sit in and play backup guitar and harmony vocals for a friend of his at one of his favorite Mexican restaurants. During the Christmas of 2011 Steve was asked to play Santa Claus at one of his favorite Italian restaurants. He tried to do something different and became a musical Santa Claus, where he sang Christmas carols with the kids and other restaurant patrons. The singing Santa Claus went over so well that the owner of the restaurant asked him if he could do a two-hour show on weekends at both of his locations. Steve put together a two-hour act of big band and swing music with a little oldies rock ‘n roll thrown in, that he is still doing today.

Steve is very excited about the big-band genre because it is multigenerational, attracting both the older generation of listeners as well as younger listeners who are looking for a music genre that they can relate to. He also feels that with his musical training in orchestra and instrumentation, the prospect of continuing the big band and swing genre has sparked new life in his music and live performances. His plans are to build a multipurpose orchestra ranging from a 5 piece combo to 16 piece orchestra capable of playing gigs ranging from small clubs to large venues.

Steve was asked how he felt about his musical past and his answer was ”All these experiences have formed me into the musician I am today. I also found out that the saying ‘once a performer always a performer’ is very true. I may stray from music for a little while but ‘she’ always calls me back. And the motto I have used for years is ‘music makes me smile’ is more than just a motto, it’s my way of life.”

Frank Sinatra, Michael Buble, Tony Bennett are just a few musicians that have influenced my music over the years. With multiple genre influences from big-band, oldies rock-n-roll to country.