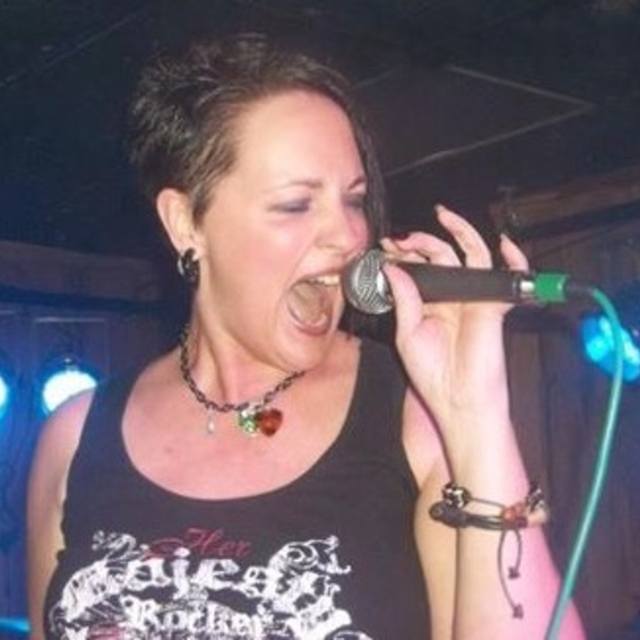 I have been singing since the age of 7, which seems to be the norm for serious singers. I grew up singing in church, school and the like. Did not hit the band scene until we moved to Huntsville, AL back in 1996.

My first band was Red Clay Addiction (RCA) which started in 2000. I was the lead singer and we played everything from Evanescence to Pat Benatar to Led Zeppelin to Carrie Underwood. RCA was together until 2008.

At the end of 2007 I started a band called Calico Crow (CC). We did today's country including Jason Aldean, Carrie Underwood, Miranda Lambert and Toby Keith to name a few. I fronted CC as well.

After CC, I took a bit of a break from music. Came back with a vengeance tho in my band DIZZYTRIP. We did a lot of edgy chick rock like Bif Naked, Damone, Betty Blowtorch, Hole, The Donnas, and Halestorm just to name a few.

These days I have been sitting in with Freak Magnet some covering songs from Dio, Iron Maiden, Highly Suspect, Shinedown, Skid Row, Tesla, Judas Priest, and Volbeat.

My voice has been described as a cross between Annie Lennox and Natalie Merchant. I can sing dude songs and chick songs alike and almost any genre. =)