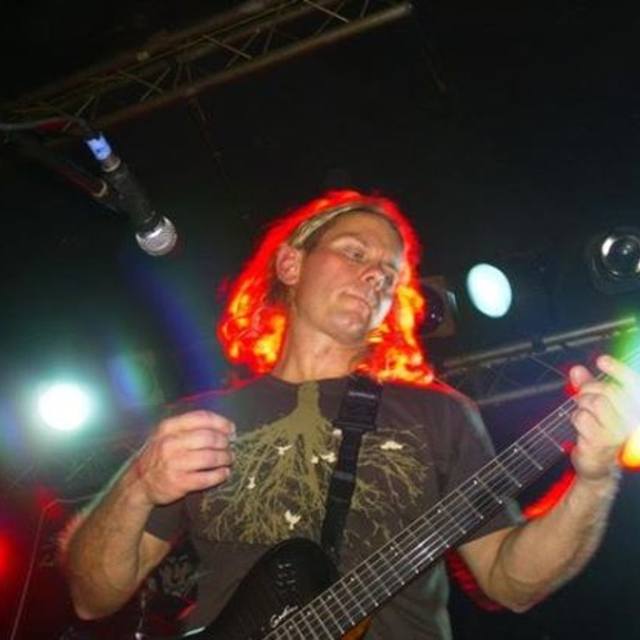 STALE FABLE is the original music project of me, Kevin. I have been the guitarist/backup singer of, what I am confident were some great original bands that have made an imprint in Louisville, Kentucky.
STALE FABLE is thus far been a recording project with the assistance of drummer/percussionist John Schindler whom also intends to perform live with me. So the goal in mind is to find a couple others in which to have a complete band to play live. As far as how often to perform would really depend on the collective momentum of the formed group. Maybe once a month or so starting out then see how it goes.

We recently recorded a 4 song ep that features 3 guest singers; 1 female and 2 male voices. These guest singers have their own bands and are just that, guest singers. I did all the guitar, bass and wrote the midi for the keyboard parts and my drummer John of course did the drums.
So yeah the goal is to assemble some great singers/musicians to perform live (and record with us if they so desire). Of course it would need to be someone who takes to the style of songs that we're creating and would be willing to help present. The style is a bit eccentric that rocks at times, gets soft at times, has both acoustic and electric sections, keys, lots of melody and harmony.

The songs you hear on my profile were all written by me and are basically a sample of what I do as a writer. These are just a few of the many songs I carry around in my pocket. The first 4 songs are what me and drummer John just recently recorded. The next 2 are of the last band I was in called Never the Man. The rest are what I call sketches or home recordings that are just an outline/part of the creating process and are nothing that I would release otherwise. Some of the sketch recordings have just my voice. Others have guest singers that did me the favor of coloring them up a bit.

To any potential persons, the work flow should be a mixture of compromising on what tunes to work up and revising them accordingly with open minds and input. Also improvising on jams that are non-existent is always welcome. We're also not closed to the creative writing of someone who joins forces with us as long as it melds well with the style we already have in the works.

We are professionals and want to bring it live with the help of a couple others who are talented individuals. We need a bassist of course. We also want a second guitarist and/or a keyboardist/pianist or possibly a string player such as a violinist or cellist. The idea is for one or both of these potential others to sing as well.