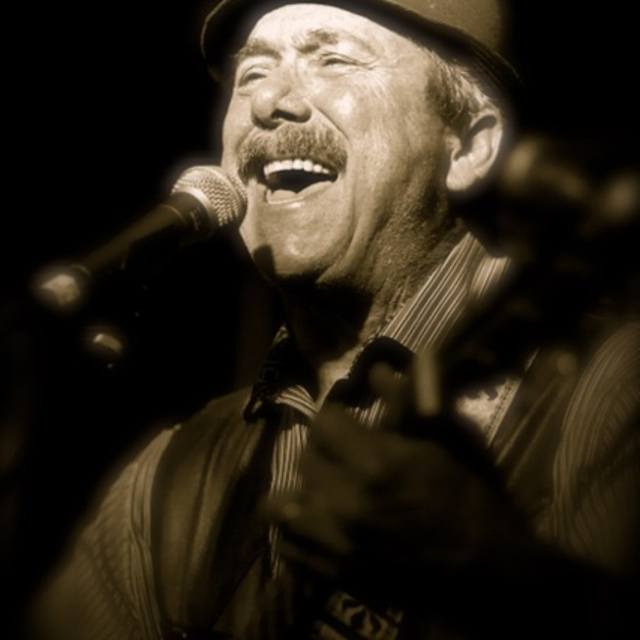 I have recently moved to Boise from Bend, Oregon. I have been playing music for many years off and on mostly as a committed hobby fitting it in around life, work, family. It's one of my creative outlets, I'm good at what I do within my range of vocal and musical abilities. I enjoy songwriting and recording but I also enjoy covering a variety of artists and performing live for private parties, and small venues when the right opportunity presents itself.

I'm a solid rhythm guitar player with some flat and finger picking skills. I also have respectable vocal skills for both lead and backup/harmonies. Styles include originals and covers from a variety of genres including country, folk and classics covers.

The group consisted of myself, Shana, Garth and TJ. This was an outdoor venue and we played for about 50 people on private property in Sisters.

Billed as Shana Stanley and friends (trio), Shana and Stan Roach will be joined by Russ Stanage to compete in this local "battle of the bands" style competition. We'll play a 30 minute set and see if we get through to the next round.

Shana & Stanley will be performing a set of acoustic electric tunes from well known to lesser know covers and originals.

Dahl & Roach will be playing Time 2 live at this event. 24 artists are on the bill for live performances. April 1, 2011 - 6:00PM at Boondocks on Newport in Bend Oregon.

We're entering the new year with a little R&R. Rock 'n Roll! Next month's First Friday (January 7th) Night Under the Covers, we will feature local artists, for a local cause, covering music from The Rolling Stones.

Artists/musicians, solos, duos, trios, full bands, are all embraced and encouraged. If you're interested in being a part of Night Under the Covers - Rolling Stones, comment below with the songs yo...u wish to cover or contact Ryan Huffman (ryan@thewhitebull.com) and we'll try and fit you into the lineup. All sound and PA is provided. If you have sound questions contact Paul Linney.

If you caught Night Under the Covers Johnny Cash, Tom Petty, the benefit album or the confetti cannon Beatles show, you know you won't want to miss this one. Tart Bistro Lobby (corner of Bond St and Minnesota), January 7th First Friday, 5-9p. Free, 21+ showâ€”

â€¢ Show will be recorded live to create a benefit album for the Cascade School of Music. CDs are free with a $5 or more donation to the cause.

â€¢ Raffles, prizes and live art. All proceeds of the event benefit the Cascade School of Music.

â€¢ Check back soon for the full artist lineup.