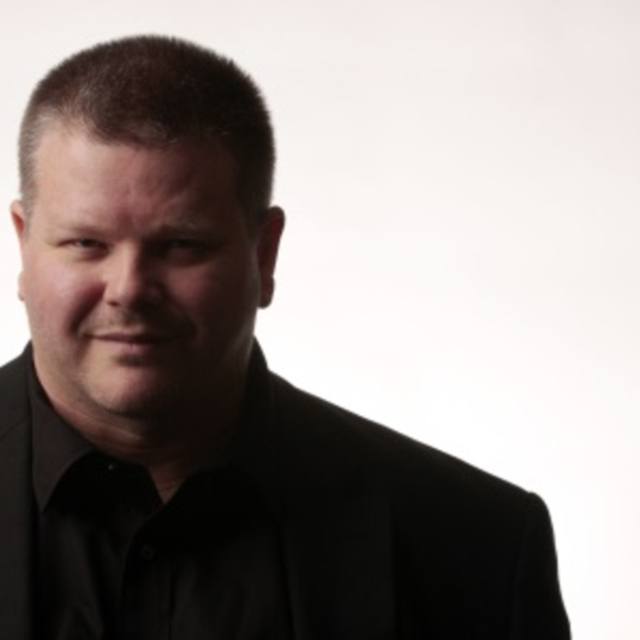 Steven's love of music came from his father. His father played trombone in a dance band in college and he heard many of the songs from that era. Of course like any self-respecting kid of the 70’s he enjoyed a lot of the favorites of the day such as Earth, Wind and Fire and and the Gang. He also enjoyed singer/songwriters such as James Taylor, Carole King, Billy Joel, and Elton John. As a kid, though, he got into old radio shows from the 40’s and 50’s. Theater of the Mind stuff. One morning the alarm to wake him up to go to school instead filled his mind with the sounds of Sinatra, Tormé, Goodman, and Bird. Ever since that moment he was hooked. This experience also opened his musical tastes up to all styles of music. His musical heroes include Carole King, Bette Midler, James Taylor, Billy Joel, Elton John, Frank Sinatra, Mel Tormé, Charlie Parker, Sarah Vaughn, Ella Fitzgerald, Al Jarreau, Bobby McFerrin, Harry Connick, Jr. and Norah Jones; just to name a few.

Realizing that musicians of every style influenced each other, he was led to other styles as well such as country/western, blues, and even the sounds of Broadway. His musical style is unique. He sings with the sensibilities of a jazz singer and writes with the influence of King, Taylor, Joel, and John but also with the influence of the great Broadway songwriters.

His songwriting has a message. Mostly the message is of love: love lost, love gained, love wished for, etc; but, the words have meaning. Not able to rest at merely having a good beat and being easy to listen to., he wants to touch the human heart in the only way he knows how: through his words.

His vocal style is a combination of all his influences. In songs that he chooses from other writers, he looks for the same sense of poetry that he strives for in his own songwriting. Whether it be country, jazz, or even rock and roll, the song must have meaning to him. That way the song will have meaning to the listener.

Ultimately, whether the song is original or written by someone else, his tries to make the listener feel what he is feeling. One of his favorite songs is Desperado by the Eagles. The song connects to his soul in ways that the songs of the new pop artists will never do. The songs are either autobiographical or try to connect to an experience that others may be having. His goal is to give listeners the same experience with songs like “Infinity” and “Drinking About You.” To have the listener experience this gives Steven the ultimate joy.